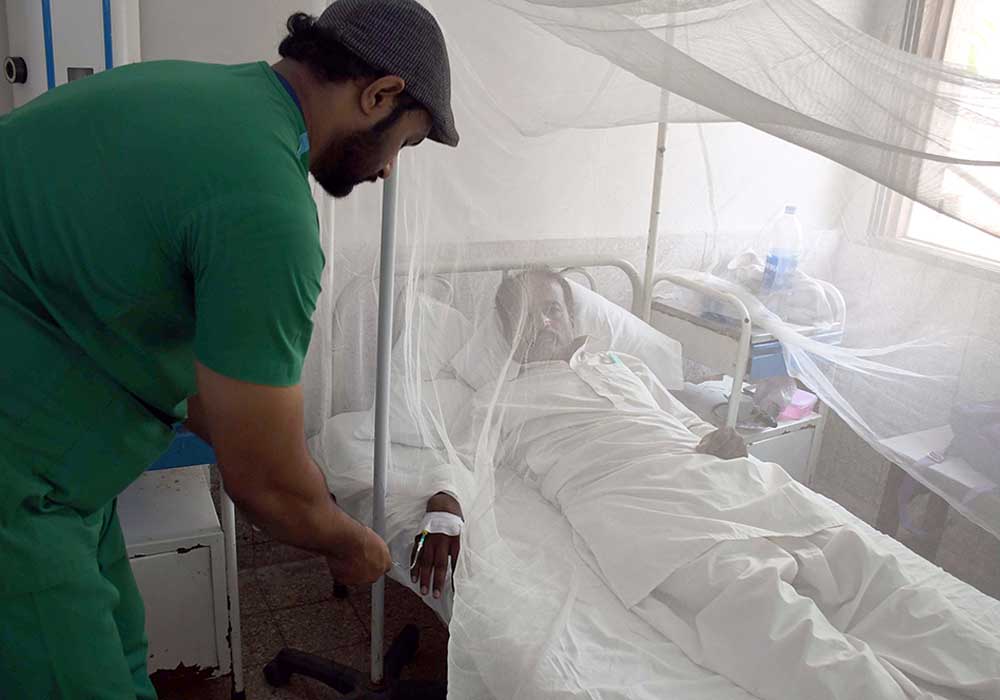 Dengue has engulfed Karachi city as hundreds of thousands of patients are reporting daily to government and private hospitals as well as general practitioners.

Dengue fever mortalities in Karachi are still on the lower side.

According to media reports, dengue cases are presently being confirmed in the majority of patients who visit clinics and private hospitals with flu-like signs and symptoms.

Dengue is currently being diagnosed in both private and public sector hospitals.

Dr. Wajid Hussain of NICH while talking to local media said that despite the high number of dengue infections this year, the illness is less severe and the fatality rate is lower than it was last year.

He added that out of the 510 kids, who have been checked since August, 282 were determined to have the dengue virus.

There is no fatality, noting that two to three percent of dengue cases at the hospital last year died and that 40 percent of the patients being examined at the facility right now tested positive for the disease.

Oral rehydration and a healthy diet are recommended by doctors as the best ways to treat dengue.

Advertisement
Share
Facebook
Twitter
WhatsApp
Email
Print
Previous articleLetters of credit should not be opened for imports: Miftah Ismail
Next articleFlood-affected districts in Sindh will take up to six months to drain: CM Sindh