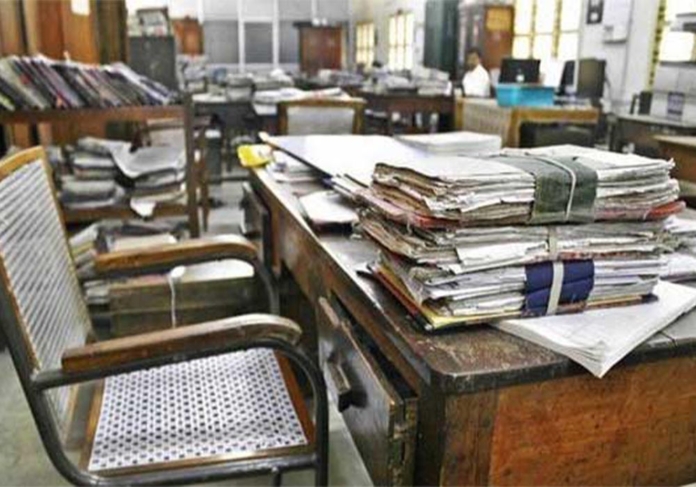 In the tribal district of North Waziristan in Khyber Pakhtunkhwa, hundreds of the health department’s absent workers have been identified.

According to North Waziristan’s District Health Officer Wazir Safi, around 513 employees who have been absent for significant amounts of time have had money deducted from their salaries.

According to local media reports, hundreds of health department workers, who have been missing from their jobs in North Waziristan for a considerable amount of time, have had a total of 1 crore 14 lakh rupees withheld from them.

DHO Wazir Safi said that the explanation has been sought from absent employees which include Lady Health Workers.

The District Health Officer claims that despite receiving multiple warnings, the absent employees failed to report for duty.

The absent staff would lose their jobs if they fail to ensure biometric attendance at the district’s hospitals and health facilities.

In 2017-18, the National Database and Registration Authority conducted a verification exercise, and the results showed that there are 28,367 ghost workers in Balochistan’s various government agencies.

The identities of 28,367 employees could not be validated during NADRA’s verification exercise, which involved 249,749 government employees.

The majority of the bogus employees were found to be underage or to be working several jobs throughout the verification process and had blocked national identity cards.