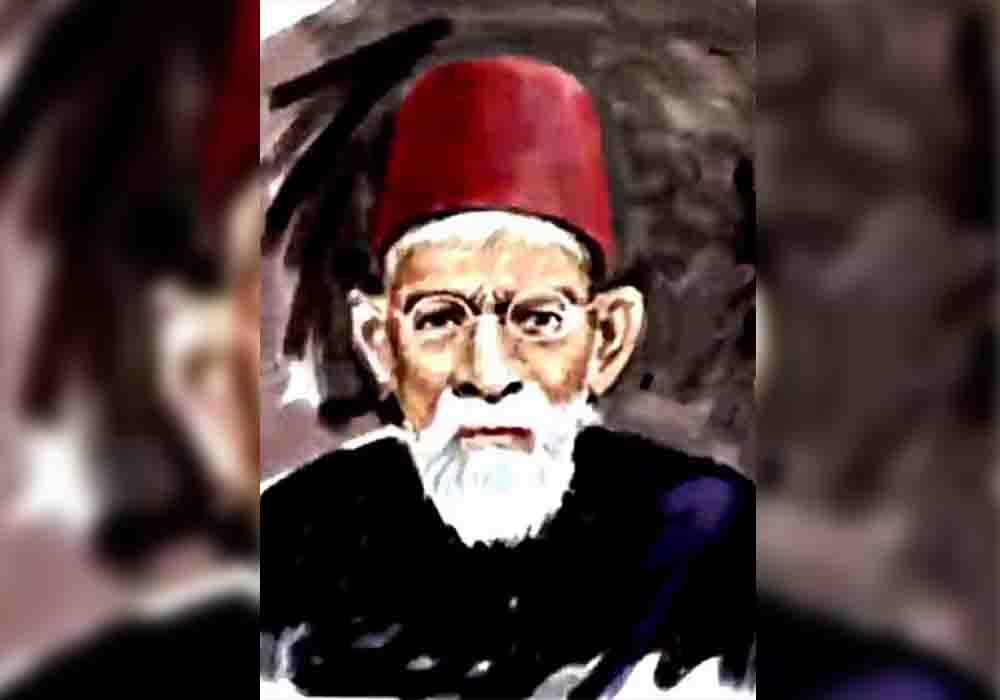 (For anything of benefit in Allahabad, there is no provision
What lies here, Akbar and guavas being the exception)

Eminent Indian Urdu poet Akbar Allahabadi, perhaps the most famous resident of the city ever, is henceforth to be Akbar Prayagraj, as per the Uttar Pradesh Higher Education Services Commission (UPHESC), a sovereign authority under the Uttar Pradesh government.

Three years ago in 2018 the government of Yogi Adityanath rechristened the Allahabad district as Prayagraj.

The name of the Urdu poet Syed Akbar Hussain, widely known as Akbar Allahabadi had been amended to Akbar Prayagraj on the official website of the UPHESC, which is based in Prayagraj. The measure immediately began to draw flak on social media.

The name change can be seen under the ‘About Allahabad’ component.

According to the website, citing the versifiers and authors who belonged to the city, besides Hindi literature, Persian and Urdu literature were also studied in the city. The website then went on to state that Akbar Prayagraj was a noted modern Urdu poet. 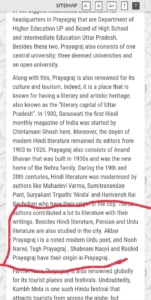 Even the UP deputy chief minister and education minister was unaware about the renaming, but defended the changes by noting that the UPEHSC was an autonomous body and that he would inquire about the matter with the officers at the authority.

The rechristening created an uproar on social media on December 28 with folks condemning the UP authorities. From being described as a height of stupidity to being labeled as an attempt to rewrite history, the controversy split the ideological spectrum.

Even historians jumped into the fray with liberal ones denouncing the move as unsettling and displaying small-mindedness, and that such stupidity should be forgiven. They added that renaming nom de plumes demonstrates that governments had a warped comprehension of history.

Those on the right-wing side of the ideological divide attempted to downplay the move stating that it could be a human error since an individual’s pseudonym could not be changed just like that.

However, virtually no one suggested that the renaming was either a chilling corollary to the recent three-day event where a call for ethnic cleansing of Muslims was made, organised by Hindutva leader Yati Narsinghanand in Uttarakhand’s pilgrimage city of Haridwar, forcing veteran Bollywood actor Naseeruddin Shah to go on the defensive, even defending his country’s former Mughal rulers; or a sign of things to come.

Akbar Allahabadi is the most admired of the trio of renamed poets, and still has a fan base among contemporary poets and songwriters. One of his most famous ghazals Hungama Hai Kyun Barpa (Why This Agitation) which has frequently gone viral as a rallying cry at demonstrations across India.

Couplets from his oeuvre also became a part of the iconic qawwali ‘Tum Ik Gorakh Dhanda Ho’ (You Are A Puzzle) by Nusrat Fateh Ali Khan.

He authored many verses and poems which discuss goodwill and amity between Muslims and Hindus and is much admired among the Urdu and Hindi versifiers and songwriters of the present. The Hindi film Masaan, which received rave reviews make use of verses by Akbar Allahabadi, while Neelum Saran Gour’s recent novel Requiem in Raga Janki, which fictionalizes the life of legendary singer Janki Bai Illahabadi (who has so far escaped the new christening pandemic) also features poetry from Akbar Allahabadi.

Of the other two, Tegh Allahabadi, probably unbeknownst to the UP name-changers became the more well-known Mustafa Zaidi after migrating to Pakistan in the early 1950s, while Rashid Allahabadi was awarded the UP Urdu Academy award for his poetic volume Mutthi mein Aftab (Sun in the Fist).

But it is the most well-known poet among the aforementioned trio which interests us here, not least because this is the year which marks a hundred years to his death.

Syed Akbar Husain, aka Akbar Allahabadi (1846-1921), was a great satirist who unfortunately sobered down and became serious, mystical and religious (in other words, boring) in his later days. I enjoy his earlier poems; they are elaborate jokes set to verse.

His later poetry exhibits a more classical mindset, which, while competent, is not as delightful. He was part of a lively debate among the Urduwalas of the late nineteenth century, and opposed his peers like Sir Sayyid for their allegiance to Western mores. Even his conservatism was imbued with wit; opposing the practice of women renouncing the veil, he composed the following qataa:

(Yesterday, as some bareheaded ladies walked down
the lane
Akbar bemoaned his culture with a sense of shame
and pain
I asked politely, ‘Ladies, how come you have lost your veil?’
Said they, ‘That opaque cloth resides now on our
menfolk’s brain.’)

I have translated two of his poems below. The first, Duniya Mein Hoon (I’m In This World) is a classical ghazal that was sung by the maestro K.L. Saigal.

(I’m in this world but I’m not consumed by its desire
I did pass by the market, but I am no customer
I am alive, but life to me is bereft of pleasure
I am smart but don’t call me devious. That is a slur
From this house that represents life I will exit
unspoiled
I am no imprint on the wall, but a shadow, a blur
My conscience is enough for me, I need no sage advice
I’m sick with grief but I’m not ill, no potions for me, sir
I am the flower that has been done in by autumn’s
blight
To be the thorn that rends clothes, such a life I don’t
prefer
O God, keep me safe from the tyranny of that idol
I am not desirous of the largesse that it might confer
My sadness and self-abasement have no limits,
Akbar
I’ve less faith than the infidel, with this you must
concur)

While the second, Laila ki Maa aur Majnu (Laila’s Mother and Majnu) is a comic poem about an imaginary dialogue between Majnu and Laila’s mother. The social criticism of indolent Indians, especially Muslims, is difficult to miss. Muslim culture of a certain social class tended to devalue labour and trade, and Akbar provides an ironic critique of this. I have translated the second verse in jaunty language to preserve its affect.

(May Allah keep all Muslims in his shelter, O Akbar
I pray for their happiness and their well-being as a rule
They love their Prophet (PBUH) who bore witness to his Creator
They will go to their happy fate, and drink from
heaven’s pool
I will share with you an imagined tale for your
pleasure
That I have composed, I’m sure you’ll find it cool
Said Laila’s mother to Majnu, the suffering paramour
‘Dear son, all you have to do is to go to graduate
school
‘Then I will immediately accept you as my son-in-law
And be your mom-in-law and stop treating you like a
ghoul’
Majnu started: ‘Hey wait a sec, I don’t think I heard
right
A Romeo and higher studies? Don’t take me for a fool
‘You’ve got it all wrong, old lady, why don’t you
watch your mouth
A deer is no beast of burden, don’t load me like a
mule
‘This is a strange way to treat guests, have you no
manners, ma’am?
I am no Harcharan Das, your proposal’s rather cruel
‘If this is the condition of union with your daughter
Please accept my resignation, I’m sad, but I’m no
tool.’)

As for those who might be wondering what Allahabad’s favourite bard might have quipped about the loss of his name, he was not exactly a poet for all seasons, but perhaps Akbar Allahabadi might have written this couplet for this very occasion, addressed to his tormentors:
Aah jo dil se nikaali jayegi
Kya samajhte ho ke? haali jayegi
(Those sighs that emerge from this heart so filled with pain
Do you truly think unanswered these will now remain?)

*All translations from the Urdu are by the writer.