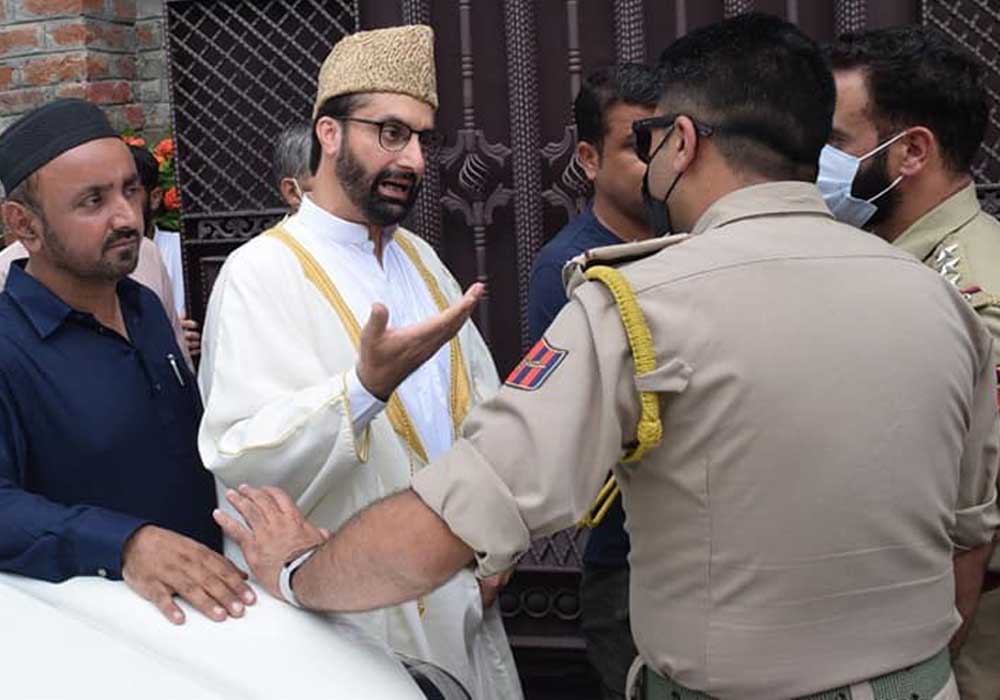 Slamming Indian claims that he was never detained since August 5, 2019, Hurriyat Chairman Mirwaiz Umar Farooq stated on Thursday that he wanted to deliver a sermon. But on Friday, the police stationed at his house did not let him go to the mosque.

Since the removal of Article 370 from the Indian Constitution, it could have been the first sermon of Kashmir’s chief cleric and Hurriyat chairman, if allowed. Mirwaiz said that three years of house arrest was not something hidden but it was for all to see the incarceration.

Earlier, talking to an Indian newspaper on the telephone, Mirwaiz said that he has greatly missed delivering the Friday sermon at Srinagar’s Jamia Masjid, especially during Ramazan. He said that he would want to meet and listen to people once released.

Reiterating his political stance was and would always be the same, he said that the conflict should be resolved peacefully among the stakeholders by stopping the suppression of Kashmiris and a chance of real peace should be given in the sub-continent.

Describing the death of his grandmother last year, he said that his heart was broken as he was alone and not allowed to go for the burial. He said that he was in the house with tears while her body was leaving the house.

The Hurriyat chairman said that it was a time for patience, grit and strengthening character.