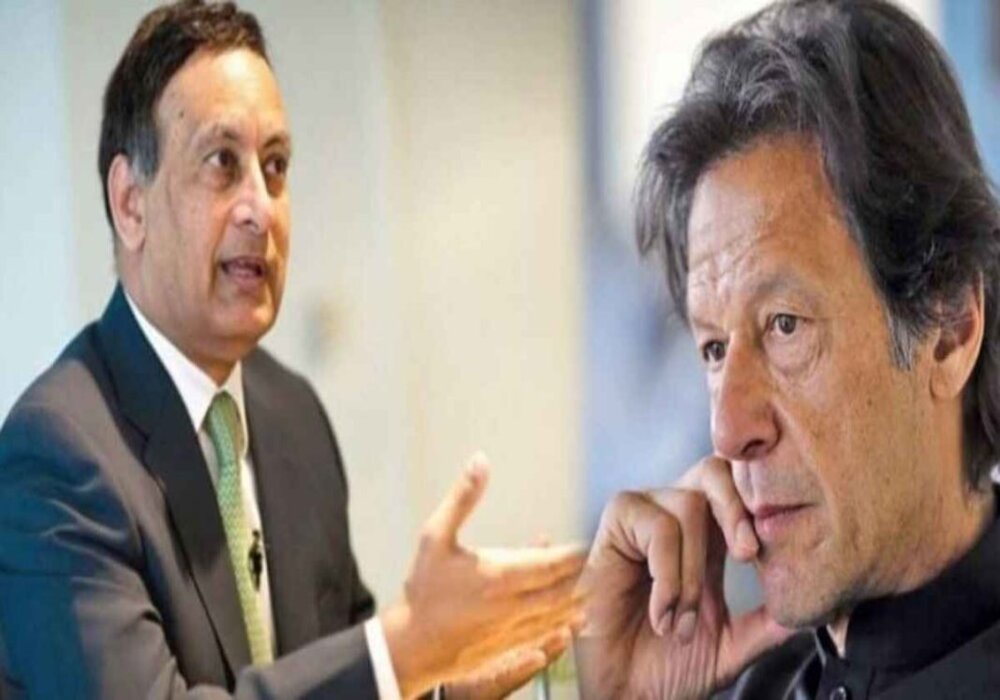 Pakistan’s former ambassador to the US Husain Haqqani has said that he has directed his lawyers to review the conspiracy theories against him by Pakistan Tehreek-e-Insaf (PTI) Chairman Imran Khan.

Talking to reporters in Lahore the former prime minister had claimed that former army chief General (retired) Qamar Javed Bajwa had hired Hussain Haqqani to lobby in the US in July 2021, who campaigned against him there and promoted General Bajwa. Imran Khan had further claimed that general (retired) Bajwa’s set-up was still active in the establishment to prevent PTI from coming back to power.

Documents posted online last month claimed that Robert Grenier, a former CIA station manager in Islamabad, was hired in July 2021 to lobby for the PTI government in the US which later hired Haqqani for some research matters.

Later PTI officials in the US said that the two men (Robert Grenier and Husain Haqqani) were working for a senior figure in the Pakistani military establishment and were lobbying against their own government and playing a key role in toppling the PTI government.

“Imran Khan’s claim and the whole matter initiated through someone’s Twitter thread (series of tweets) is just a conspiracy theory, it is not proof of my lobbying for PTI or working with the Pakistan Army,” Haqqani said.

“I have asked my lawyers to examine whether Imran Khan’s conspiracy theories about me are covered under the defamation laws of those countries,” Haqqani said. “It would be better for Imran Khan to stop narrating these conspiracy theories instead of facing legal consequences,” he advised the former prime minister.