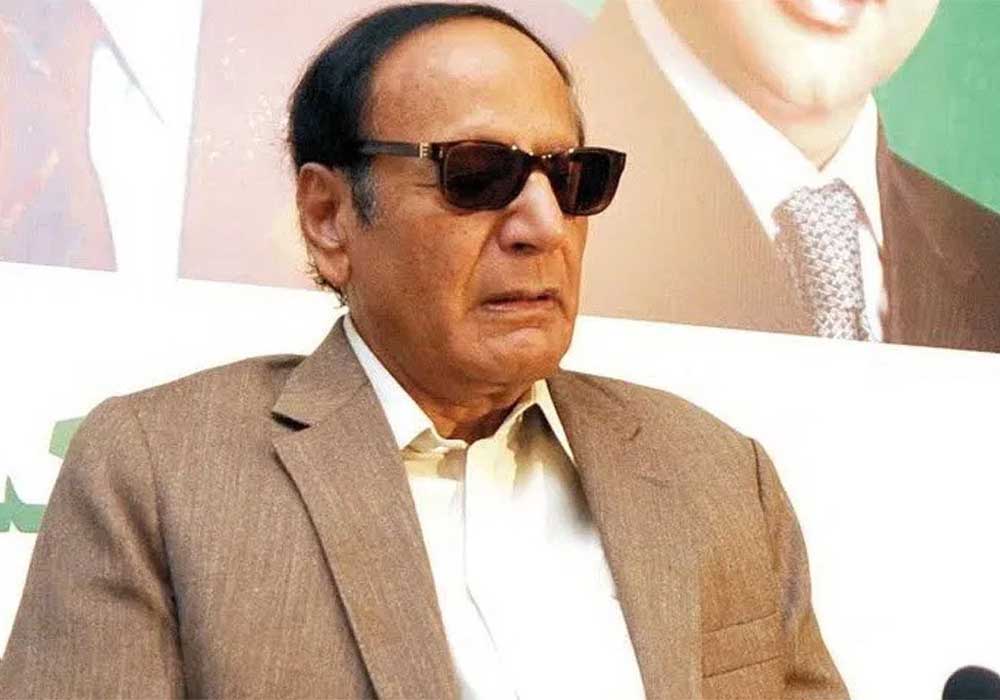 Pakistan Muslim League-Quaid (PML-Q) Chief Chaudhry Shujaat Hussain has revealed that he had advised Punjab Chief Minister Chaudhry Pervaiz Elahi not to file an FIR against an army officer in the Imran Khan attack case.

Chaudhry Shujaat has said that the federation, Punjab and all the provinces should complete their term.

PML-Q Chief Chaudhry Shujaat said that Asif Zardari had come to visit him and there was no discussion with Asif Zardari on the issue of Punjab. He said that maybe in the future there will be any talks about Pervaiz Elahi.

Shujaat further said that if there will be any talk about PDM and Pervaiz Elahi he will openly tell the media about that.

Chaudhry Shujaat further said that he had advised CM Punjab Pervaiz Elahi not to file an FIR against the army officer. He said that the federation, Punjab and all the provinces should complete their term.

He said that all politicians including Imran Khan should contact each other so that there was no confusion. He said that contacting politicians could save the economy from damage and if Imran Khan agrees to talk he will talk to the Prime Minister himself.