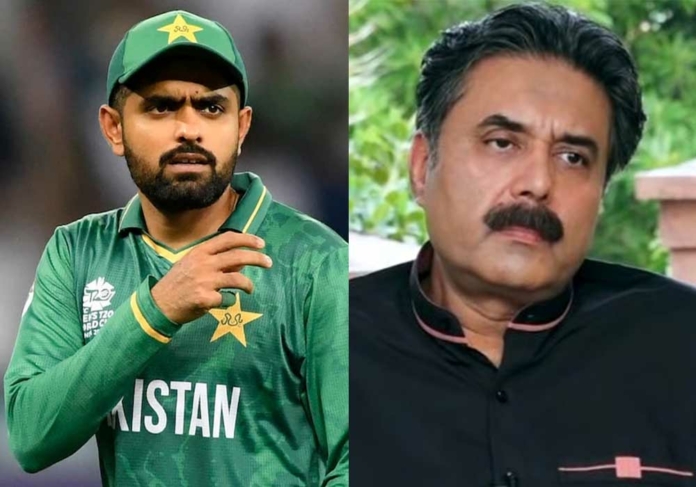 Pakistan captain Babar Azam during a press conference said that he had no idea who Aftab Iqbal was and that he was not bothered by any criticism.

On Thursday, after the victory over Bangladesh, a reporter questioned Babar about the criticism and mentioned anchorperson Aftab Iqbal who had criticized the Pakistan captain’s captaincy earlier this week. However, Babar’s response was rather simple and straightforward.

Babar stated, “I don’t know who you are talking about, I don’t know the person you are mentioning, such things happen and we don’t bother about it.”

He further said that they tried to give their 100 percent and win every match for Pakistan but sometimes, they were not up to the mark.

Aftab Iqbal made a comment on his show on October 8 when he launched a tirade about the cricketer and declared that Babar was no longer a star.

Aftab Iqbal said, “He’s not a star anymore in my book. Not because he missed catches or isn’t working hard enough but because he has an ego problem. He’s begun grouping with players.”

He also said, “Don’t you remember where you started from and where God took you so quickly.”