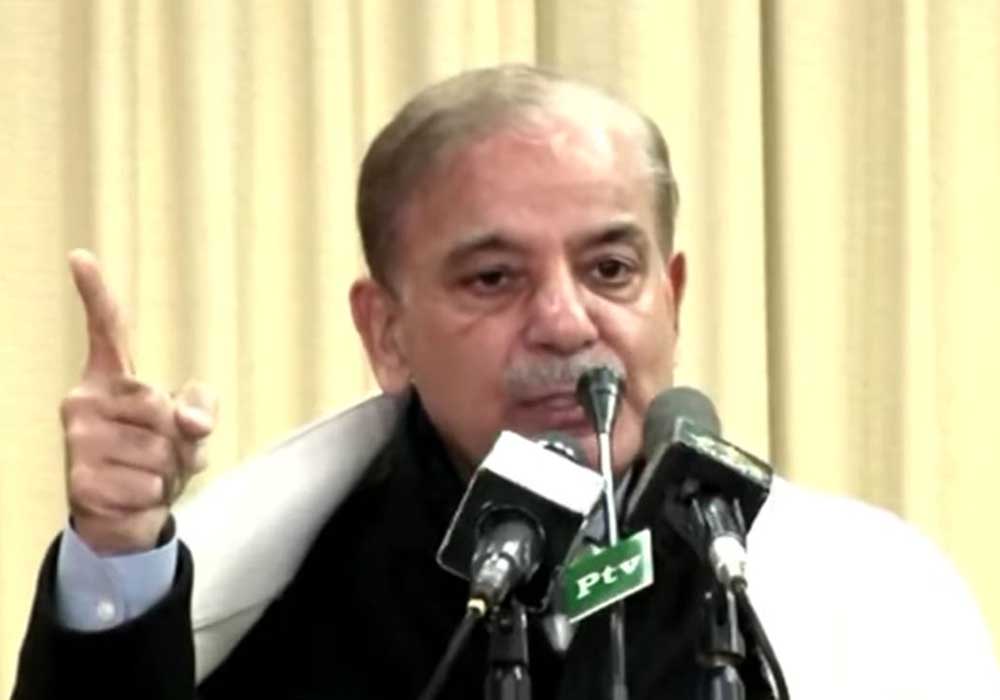 Prime Minister Pakistan Shehbaz Sharif while addressing the inauguration ceremony of the Project of Hazara Electric Supply Company said that he has not seen a bigger hypocrite and benefactor than Imran Khan.

Shehbaz Sharif further said that it is all getting revealed how General (retd) Qamar Javed Bajwa assisted Imran Khan.

“General (retd) Bajwa tried to move Pakistan forward under the leadership of Imran Khan, but as Prime Minister, Imran Khan proved to be unsuccessful,” said PM.

He further said that Imran Khan is accusing those who made Imran Khan sit on the throne, bashing him for the kinds of words he is using for General Bajwa.

He also added that Imran Khan has destroyed Pakistan’s society.

He stated that the PTI government violated the IMF agreement, bringing Pakistan closer to default, but his administration did everything to save Pakistan from default.