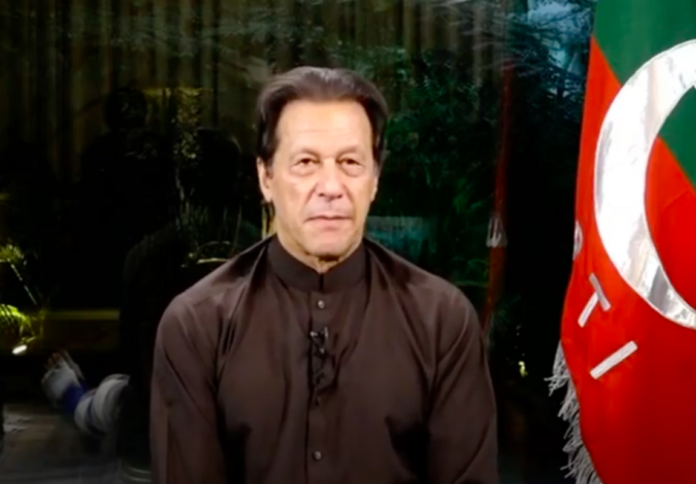 He has said that the agenda of the meeting between the President and the army chief was early, free and fair elections.

PTI Chairman said that he had not met Gen. Bajwa in Lahore, clarifying that President Arif Alvi had had a meeting with the army chief.

Talking to senior journalists at Zaman Park Lahore he said that he will lead the march from Rawalpindi. He added that the doctors will give the report about his condition after his medical check-up tomorrow.

PTI Chairman said that the accused of the Wazirabad incident was presented to the court 14 days after the incident. He expressed his reservations that the evidence of the case might be destroyed due to the delay

In an informal conversation, Imran said that the present government was making proposed amendments to the Army Act for its own benefit which will be challenged in the higher judiciary.

Imran Khan said that Pakistan Muslim League Quaid (PML-Q) was their ally and that the best alliance was going on with Pervaiz Elahi. He said that the biggest obstacle in registering the case of the murderous attack on him was the former IG Punjab.

Imran said that he tried his best to stop rigging with electronic by introducing electronic voting machines (EVMs) in the elections. He said that Nawaz Sharif, Asif Ali Zardari, Election Commission and handlers all were on the same page on the issue of EVMs.

He also said that if he gets full powers he will become the Prime Minister and it cannot be that someone has the power and the responsibility is with someone else.