IBA under fire for expelling student after he reports campus harassment 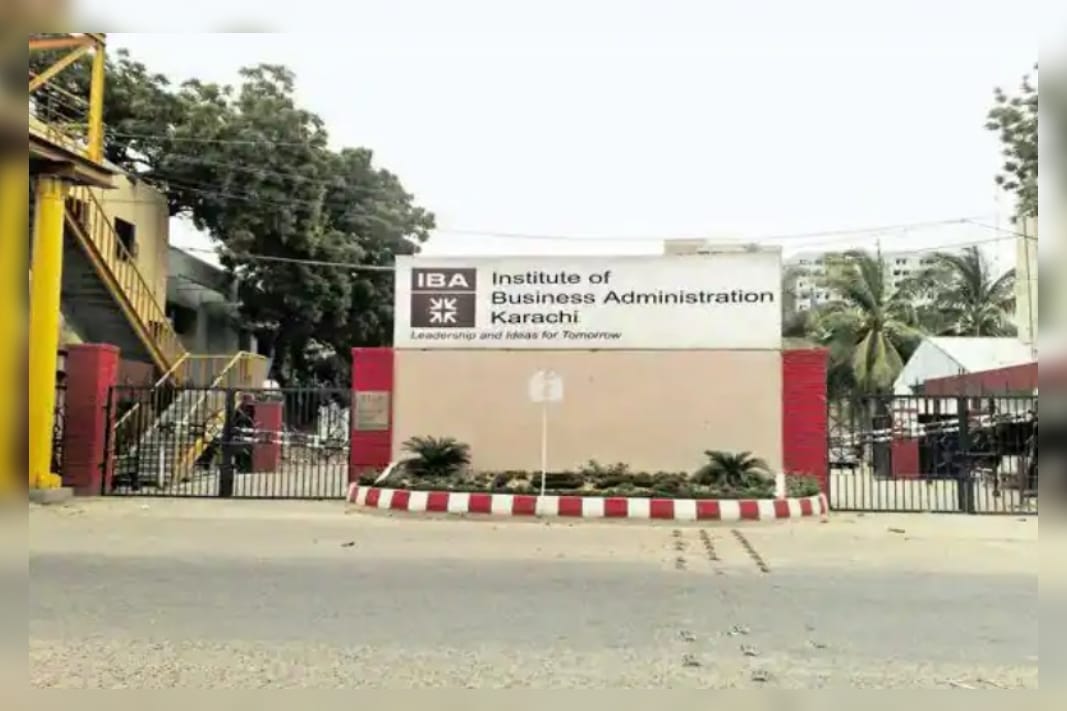 The Institute of Business Administration (IBA) is embroiled in controversy after a male student was expelled for speaking out against an alleged incident of sexual harassment against a female staff member.

Lawyer Mohammad Jibran Nasir posted at length about the incident on Facebook and said that the student in question, Muhammad Jibrael was a high achiever, who was expelled on Wednesday after he claimed on Facebook that he had witnessed the harassment of a female staff member by a male colleague.

Nasir noted that Jibrael was subjected to disciplinary action after he emailed IBA regarding the concerning occurrence. Nasir claimed that the alleged victim was mocked that Jibrael would be dealt with and that she had no more witnesses to testify for her. Nasir posted a copy of the expulsion letter signed by IBA Executive Director Akbar S. Zaidi, who the lawyer said had ironically advocated for students’ rights publicly numerous times.

Nasir then took to Twitter and addressed Zaidi’s role in the expulsion. The lawyer posted proof that as a speaker and academic, Zaidi had often spoken up in favor of student unions. As IBA’s executive director, however, Zaidi expelled a student for exposing harassment, added Nasir.

This is Akbar Zaidi. As a speaker, academic & author he advocates Student Unions at conferences encouraging students to have an opinion but as Executive Director of @ibakarachi he just expelled a student for reporting harassment on campus & encouraging other students to speak up https://t.co/rBgRvk3ozT pic.twitter.com/Q9sPqgsXCE

Sociologist Nida Kirmani also expressed her disappointment at IBA’s decision on Twitter. Kirmani said that the institution had set a ‘terrible precedent’ in Jibrael’s expulsion, who spoke out against harassment on campus. She insisted that while students should be given a voice through proper platforms, they shouldn’t be punished for speaking freely on their own time.

IBA is setting a terrible precedent with the expulsion of a student for speaking out against harassment on social media. Students must be given proper forums to be heard, but they can’t be penalised for expressing grievances outside those forums. Hope this decision is reversed.

Journalist Yusra Salim said that IBA’s behaviour was typical of many universities, who only advocated against harassment and for mental health on the surface, but were only worried about saving their own image behind closed doors.

This is the story of every university, they try keeping their a** save. No matter who face harassment. Irony is these are the same institutions that gives lectures and talks on harassment and mental health. https://t.co/bLKjpGr52r

Author Sonya Rehman berated IBA and said that it was confounding how speaking against harassment was considered defamation. She posted a copy of Jibrael’s expulsion letter, which stated that the student had defamed the institution on social media.

Utterly shameful @ibakarachi — you've expelled a hardworking student for standing up for a staff member HARASSED on your premises! How exactly does this qualify for defamation? Absolutely disgusting https://t.co/sa2hg7Ptqk

Actress Iffat Omer said IBA’s actions were ‘shameful’ and the that the expulsion could not be allowed to stay in effect.

This is absolutely shameful and we won’t let this happen. #IBAKarachi https://t.co/TzoSCKJxhQ

The uproar against IBA has mounted steadily through Thursday as the hashtag #ShameonIBA picked up across Twitter. A commonwealth scholar, Faizan, said that Jibrael was appealing IBA’s decision. Faizan insisted that users continued to create enough ruckus to pressurize the administration to reverse their decision.

Gibrail is appealing the expulsion decision. Make enough noise that the IBA Board of Governors realizes brushing harassment under the rug is actually what defames the institution, and reverses the decision. #ShameOnIBA

Meanwhile, IBA released an official statement to address the expulsion. Defending their decision, IBA said Jibrael failed to follow due procedure in reporting the alleged harassment, which entailed an internal inquiry instead of taking grievances public.

Activist Usama Khilji said that IBA’s decision wreaked of colonial bureaucratic procedures, which dealt with discord without transparency and behind closed doors.