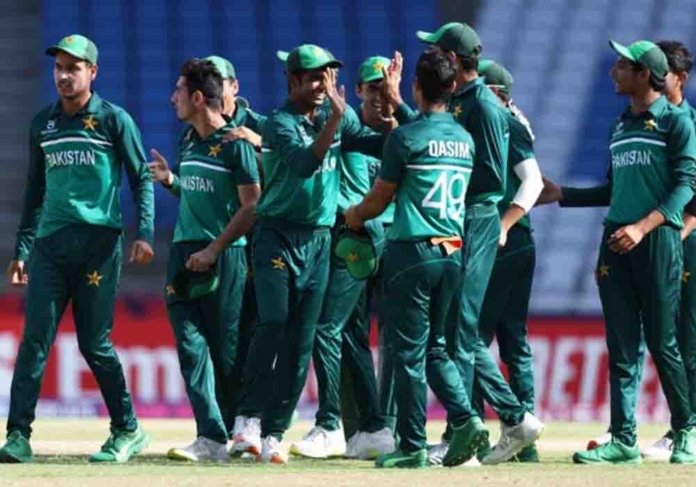 Pakistan led by all-rounder Qasim Akram gave a good account of their talent, skill and future potential in their three Group C matches that they won convincingly against Zimbabwe, Afghanistan and Papua New Guinea to confirm their quarter-final clash with Australia.

After finishing their group matches in Trinidad on a high with a thumping nine-wicket win over Papua New Guinea, Pakistan have trained hard in the lead-up to the match against Australia in Antigua.

In the match against Papua New Guinea, all-rounder Muhammad Shehzad took five wickets as Pakistan rolled over their opponents for 50. In the clash against Afghanistan, all-rounder Maaz Sadaqat inspired the side to a 24-run win while opener Haseebullah’s century and pacer Awais Ali’s six-for were instrumental in the overwhelming 115-run victory.

Pakistan, meanwhile are the third most successful side after India and Australia in the ICC U19 Cricket World Cup, which was launched in 1988 before becoming a biennial event in 1998.

Pakistan have won titles in 2004 and 2006, finished runners-up thrice in 1988, 2010 and 2014, and achieved third positions in 2000, 2008, 2018 and 2020. The boys in green, featuring in the 2022 edition, would thus enter the quarter-final with an aim of securing a semi-final spot in the tournament for a 10th time. Head Coach Ijaz Ahmed is happy with the team’s preparations for the big clash and feels that the team is heading in the right direction in terms of both the tournament and their long term development.