ICT allows PTI to take out rally on 35 conditions 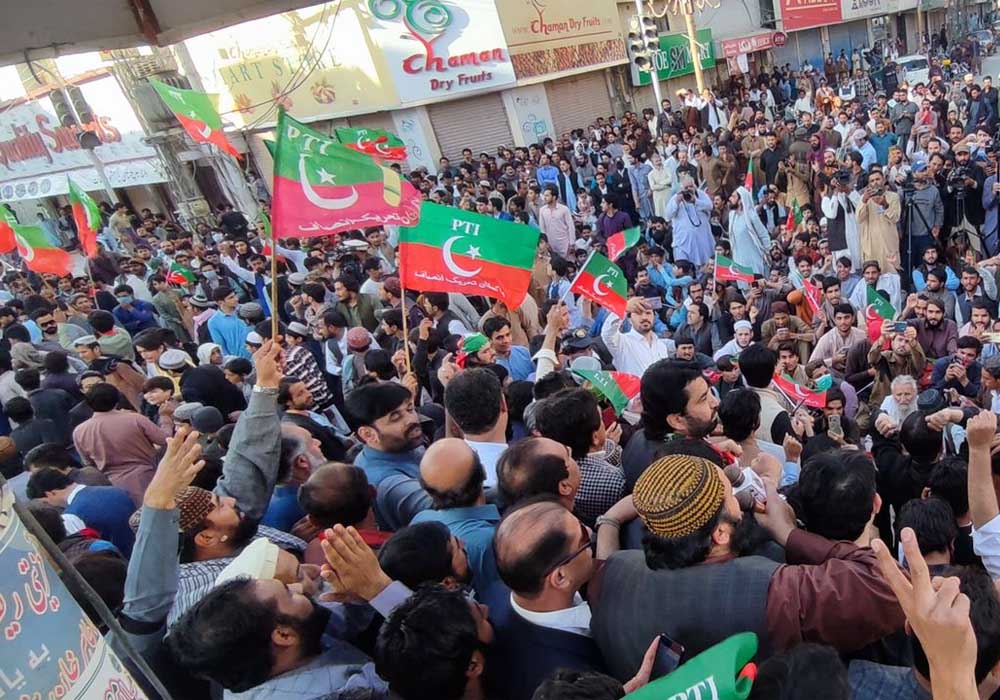 The district administration of Islamabad Capital Territory (ICT) has allowed the Pakistan Tehreek-e-Insaf (PTI) to take out a rally on 35 conditions for the Koral-Rawat route.

Children below 18 years of age will be banned from the rally. The rally starting from the Islamabad expressway will be held in the federal territory. Section 144 will remain imposed in Islamabad.

The city police have issued a detailed traffic plan therefore no one will be allowed to violate the law and order situation.

According to details, the district administration has issued a no objection certificate (NOC) to PTI regarding the rally with 35 conditions stating that the rally would be allowed to be taken out from Islamabad Expressway to Chak Beli.

Organizers will ensure that the participants use the prescribed route. Ambulances, fire brigades and other vehicles will be provided way but the NOC will be cancelled for violation of conditions.

It may be recalled that PTI had applied for Deputy Commissioner for a rally. PTI leader Ali Nawaz Awan applied for NOC.

PTI Chairman Imran Khan will announce the date for the Rawalpindi touchdown today. Fawad Chaudhry has stated in a tweet that the final stage has arrived. He further stated that Imran Khan will give a call to people today to reach Islamabad.

Fawad also stated in the tweet that the two convoys under Shah Mehmood Qureshi and Asad Umar will meet at Rawat today from where the marchers will move towards Rawalpindi.