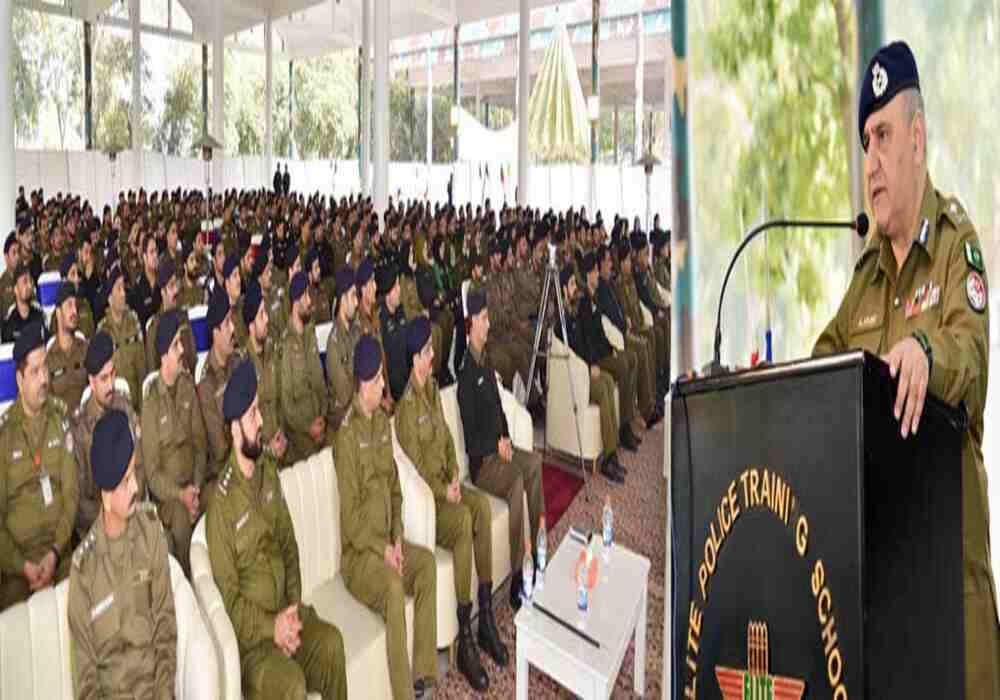 Inspector General of Police Punjab Aamir Zulfiqar Khan has said that police service is a sacred profession in which God has entrusted us with the responsibility of solving the problems faced by His creatures, which we have to perform with sincerity, honesty and dutifulness.

He said that in the past, many saints used to shout that “do good, have good” so we should also be the ones to do good and distribute ease among distressed people. Aamir Zulfiqar Khan said that the entire force should consider service to the citizens as its aim and promise me today that before ending your duty every day, go home with the prayers of five distressed people after solving their problems because the prayers of the distressed and the oppressed are important and their prayer and curse go to the Allah Almighty uncensored and then none of us can avoid the Allah action.

That’s why be the one who solves people’s problems, the Lord will take care of solving your problems. He said that there is greatness in hard work, I feel proud when you will increase respect of department with your excellent performance.  IG Punjab said that every officer who joins the police force including me is a servant of the people and we have to fulfill this responsibility of public service with hard work, dedication and sense of duty.  IG Punjab said that put yourself in the place of the distressed who come to police stations and feel their pain and do not spare any effort to resolve their problems. Aamir Zulfiqar Khan said that we should never let the child inside us die, because a good officer is the one in whom humanity is alive.

He said that we all get our salary from the taxes paid by the citizens, so selfless service, honor and respect to the citizens is obligatory on all of us.  He expressed these views while addressing the officers and personnel at the reception given in his honor at Elite Training Center Bedian today. According to the details, the young officers who joined the police force as sub-inspectors in 2014 had completed their training at Police Training College Sihala under the leadership of IG Punjab Amir Zulfiqar Khan when he was there as Commandant Police Training College Sihala. These young officers organized a reception in honor of his former Commandant at Elite Training Center Bedian in which IG Punjab issued important instructions to them during his address.

IG Punjab said that most of my under-trained young officers are now serving as SHOs and in-charge investigations across Punjab, but I hope you will serve the people with more passion than before to make me proud. IG Punjab said that the rules will be implemented for the departmental promotion of sub-inspectors so that the eligible officers can get their legitimate right without delay. IG Punjab said that it is my responsibility to pave the way for your departmental promotion by taking all possible steps because if I can’t do it then maybe no other officer can do it either.

IG Punjab directed his PSO to form a group after meeting with the sub-inspectors to prepare a presentation about the problems of the sub-inspectors and submit it to me soon so that practical steps can be taken in this regard. Sub-inspectors thanked IG Punjab Amir Zulfiqar Khan and said that it is no less than an honor for us to be trained under your supervision.  They expressed their determination to improve the performance in view of the guidelines given by IG Punjab and use all their energies to serve and protect the citizens.  On this occasion, the sub-inspectors presented various problems, upon which IG Punjab, while listening, issued orders for redressal on the spot.