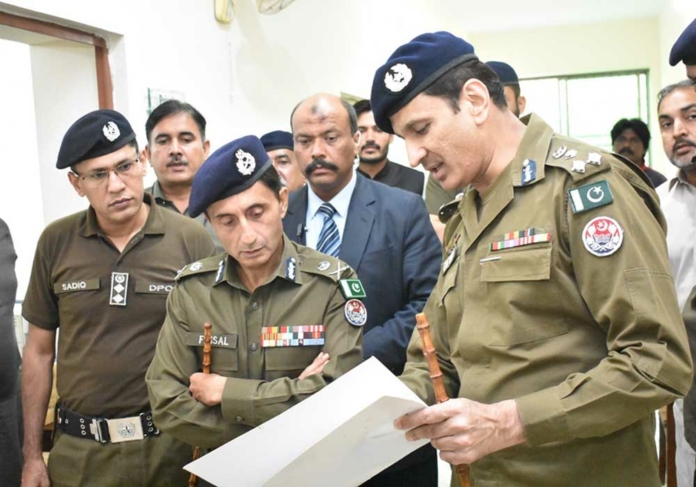 The RPO Sahiwal briefed him about the working of various branches. He presided over a meeting of the RPO Sahiwal and all DPOs of the region and issued instructions for the eradication of crime and maintenance of law and order. He ordered that the crackdown should be accelerated to prevent street crime in all districts of Sahiwal region and RPOs and DPOs should improve the protection of life and property of citizens under personal supervision, he added.

Shahkar said that the operations to prevent robbery, kidnapping for ransom and other serious crimes, including murder, should be expedited and priority measures should be continued to eradicate organized crime, he asserted. Also, the IGP took notice of killing of a citizen by a policeman over a minor dispute in Sahiwal, and sought a report of the incident from RPO Sahiwal. He ordered to file an immediate case against him and arrest him.

Faisal Shahkar said that the elements involved in such a sad incident do not deserve any concession. Strict action was being taken against those who abuse authority and bring the force into disrepute, he added. Shahkar also took notice of the killing of a man and his daughter by a man over a property dispute in Sattu Katla area of Lahore, and sought a report from CCPO Lahore. He ordered formation of a special team to arrest the accused immediately with the help of Safe City cameras. The IGP said that the accused would definitely be punished and asked the supervisory officers to keep in close touch with the families of the victims and ensure justice on priority basis.