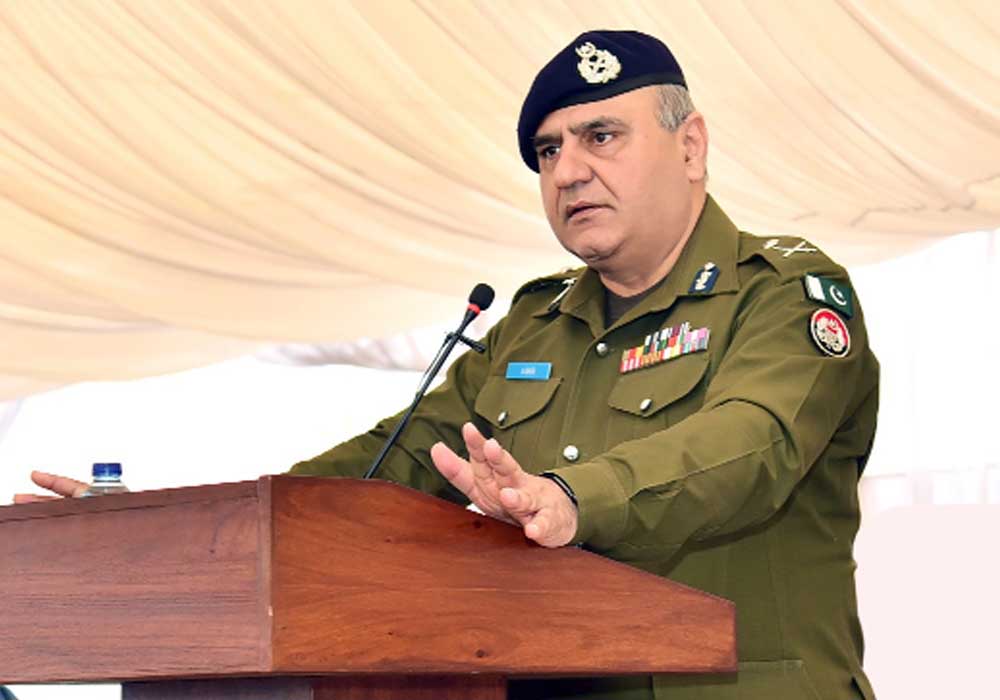 Inspector General of Police Punjab Aamir Zulfiqar Khan has ordered accelerated operations against criminals while expressing his displeasure over the crime situation in Rawalpindi region.

The IG presided over a meeting on crime at RPO office Rawalpindi and directed officers to improve their performance by taking timely action against the criminal elements because the supervisory officers who do not control crime will not have the right to stay on their seat. IG Punjab directed that targeted operations should be carried out on daily basis against drugs, gambling and other bases of crime so that sense of security among the citizens through best performance might be strengthened.

Aamir Zulfiqar Khan ordered a comprehensive strategy to solve street crime and traffic problems in Rawalpindi city, especially the gangs involved in car and motorcycle theft and snatching should be brought to justice. The IG directed DPO Murree to make full preparations to help the tourists during the snow season. He directed DPO Murree to government out in the field to inspect the services provided to the citizens and ensure provision of cooperation and protection to the public under his personal supervision.

Khan ordered that the officials who take monthly bribes from hotels, harass tourists and have unprofessional behavior should be made an example of disgrace. He reiterated that delay in registration of FIR will not be tolerated under any circumstances and those responsible will be called to account for the delay in the FIRs of dacoity, robbery and theft. Aamir Zulfiqar Khan directed that police teams in plain clothes should be deployed in sensitive places, busy bazaars and markets, while the patrolling of forces, including the Dolphin Force, should be made more effective to prevent street crime.

IG Punjab directed to revive and rearrange security plan of sensitive offices, educational institutions and other public places i.e places of worship and accelerate combing operations across region. He said that indiscriminate action should be taken against the criminals and mafias who are seizing the property of the citizens, while gangs of professional pickpockets should also be wiped out. During the meeting, CPO Rawalpindi along with DPOs of Attock, Chakwal, Jhelum and Talla Gang gave a briefing about the crime graph and police performance of their districts.

According to the details, on arrival at police lines Rawalpindi, the police squad paid salutations to IG Punjab Amir Zulfiqar Khan, IG Punjab placed floral wreaths on the martyrs’ memorial and recited Fatiha for higher ranks of martyrs. After recitation of Fatiha, IG Punjab reviewed the performance of Rawalpindi Region Police while presiding over the crime meeting. After the meeting, IG Punjab Aamir Zulfiqar Khan met the delegation of Rawalpindi Chamber of Commerce and ordered RPO and CPO Rawalpindi to provide all possible support on business community matters.

Hearing the problems of the citizens in the open court at Rawalpindi Police Lines and taking notice of the complaints of the citizens, IG Punjab issued orders to RPO and DPOs of region for immediate redressal of citizens’ issues. On the complaint of the evicted mother, CPO Rawalpindi was ordered to take immediate action to shift the woman to home and initiate an inquiry against her ASI son.

IGP Punjab directed DPO Murree to remove illegal possession from land of a woman Anjum Malik and send report to CPO within two days. He also directed SSP Investigation Rawalpindi to undertake inquiry of illegal detention of son of a woman citizen Rabia and send report to CPO within 24 hours. IG Punjab expressed displeasure over the delay in police action on the theft incident at Ghulam Sakina’s house.  He directed the CPO Rawalpindi to inquire into the matter and provide immediate justice.

Similarly, IG Punjab took action on the requests of citizens from Jhelum, Attock and Chakwal and ordered DPOs of the three districts to solve the matter within a day and send the report to the Central Police Office. IG Punjab Aamir Zulfiqar Khan said that selfless service and safety of the citizens is the prime responsibility of the police in which no negligence will be tolerated.  IG Punjab said that after Rawalpindi, I will also visit other regions and districts of Punjab. Also, Aamir Zulfiqar Khan commended Rahim Yar Khan Police for safely rescuing six citizens from kidnappers. IG Punjab appreciated the police team and supervisory officers participating in the operation against kidnappers.