IGP orders one female SHO in every district 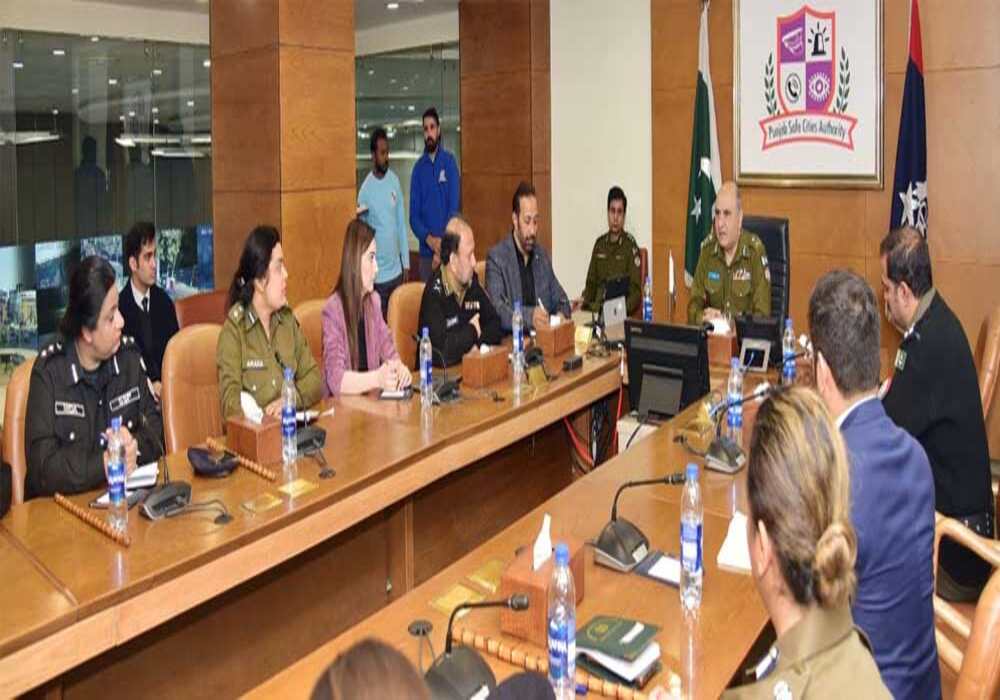 Inspector General Police, Punjab, Aamir Zulfiqar Khan on Wednesday ordered the appointment of a female SHO in at least one police station in every district of the province within the next five days.

He issued these instructions to the officers while presiding over a high-level meeting here at Safe City Authorities, Head Office Qurban Lines. In the meeting, the future agenda of the Women Police Conference and the professional issues of women police employees were discussed. The IG Punjab directed Additional IG Training to ensure the appointment of women SHOs in all districts of the province and submit a report in due time. He said the appointment of women officials at women help desks established in all districts should be ensured in every way so that women police officers could help women citizens who were victims of crimes and social problems by playing their role actively and provide them with all possible relief and assistance.

The IG Punjab directed the CCPO Lahore to utilize all available resources to provide better environment and facilities in Ladies Police Hostel in Qila Gujar Singh Police Lines. He directed that women police personnel in all districts of the province be undertaken short refresher courses regularly to increase their efficiency. He said that encouragement of women police officials who performed diligently was the need of hour. In this regard, “I visit, women employees with good performance should be nominated for appreciation certificates and awards in the meeting, the decisions and suggestions made in the first women police conference held at Al Hamra Hall in collaboration with Punjab Police, USIP and Punjab Council for Human Rights were discussed”, he added.

USIP Country Director, Imran Khan, Amna Kayani, Punjab Council for Human Rights Executive Director Shafiq Chaudhry, and women police officers also presented their suggestions. The IG Punjab directed that concrete steps be taken to resolve the problems of women police employees across the province in the light of suggestions of the Women Police Conference. He said that women employees were an important part of Punjab Police and more steps would be taken to provide better working environment and facilities. It was also decided in the meeting that separate washrooms for women should be arranged as soon as possible. Daycare centers should be arranged on priority basis for the convenience of women employees. Additional IG Training, DIG Welfare, AIG Admin and Security, Punjab Council for Human Rights Executive Director Shafiq Chaudhry and other officers were also present in the meeting.

Also, IGP Aamir Zulfiqar Khan said that to further improve the investigation and follow-up of serious crime cases in the province, the branch of Organised Crime should be established and the DIG Organized Crime should be appointed in the Additional IG Investigation Office and a summary in this regard should also be sent to the government soon. He issued these instructions while presiding over a high-level meeting on the professional matters of the Investigation Branch at the Central Police Office here on Wednesday.

The IG Punjab said that DIG Organized Crime would not only collect crime data through effective follow-up but would also give weekly reports about the progress of investigation on serious crime cases in all districts. He said that the Organized Crime Branch would ensure close follow-up of the registered cases across the province and would focus on arresting dangerous criminals through effective investigation, timely completion of challan and strict punishment to habitual and professional criminals.

The IG Punjab said that DIG Organized Crime would maintain close coordination with the Regional Monitoring Units of Investigation and after registration of the case, he would monitor all the stages of the investigation and bring the case to its logical conclusion as soon as possible with effective follow-up. He said that the main objective of establishing a separate branch of the organized crime was to improve the quality of investigation with effective follow-up and in this regard, all possible measures would be used along with the provision of more resources. He directed that initially AIG Monitoring should give a fortnightly monitoring report of organized crime cases including murder, robbery, dacoity and rape. He directed that hard-core policing should be continued across the province to prevent crimes and bring habitual criminals involved in cases of robbery, dacoity murder and rape behind the bars.