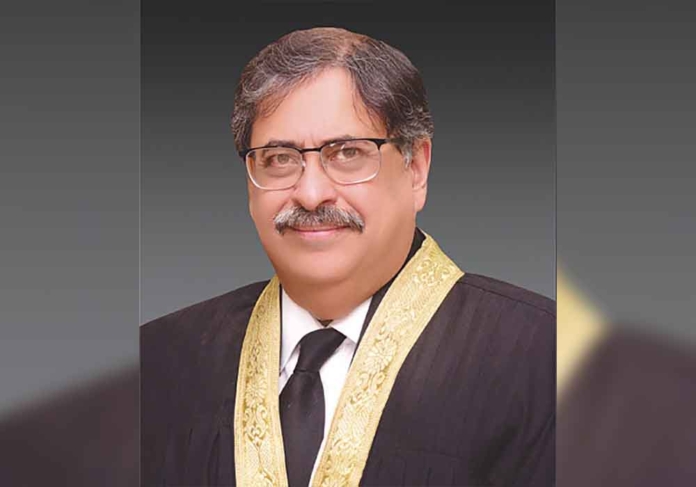 Chief Justice Islamabad High Court (IHC) Athar Minallah on Monday advised the country’s political leadership against bringing their conflicts to courts and rather strengthening the Parliament by resolving those issues in democratic ways.

Addressing the full court, Justice Minallah said, “Our tragedy is the state has failed to shoulder its responsibilities. Half of our life was spent in dictatorships, while the courts in their rulings have time and again reiterated there is no supremacy of law and that law is only for the elite.” He said that the IHC was not like any other high court as it represented the federation. He said that the implementation of the law was linked to a change of mindset and the political leadership could strengthen the execution of the Constitution.

It was the responsibility of the political leadership to resolve their issues in the legislature instead of dragging them to courts of law, he added. He said that the judiciary’s performance could be gauged by how much trust the public had in the legal system. He said, “We have taken an oath to protect the Constitution.” He said that implementation of the Constitution could only happen when the mindset changes. The political leadership could strengthen the implementation of the Constitution, he added.

Additional Attorney General Munawar Dougal said the participants were gathered here to bid farewell to the Chief Justice Athar Minullah, who would be sworn-in as a Judge of the Supreme Court. Advocate General Islamabad Barrister Jahangir Jadoon said that a decision of Chief Justice Athar Minallah was also referred in the American court. He said that important decisions were made regarding missing persons including freedom of expression and fundamental rights of journalists. The Chief Justice accepted the criticism of his decisions cheerfully and did not use the power of contempt of court, he added.