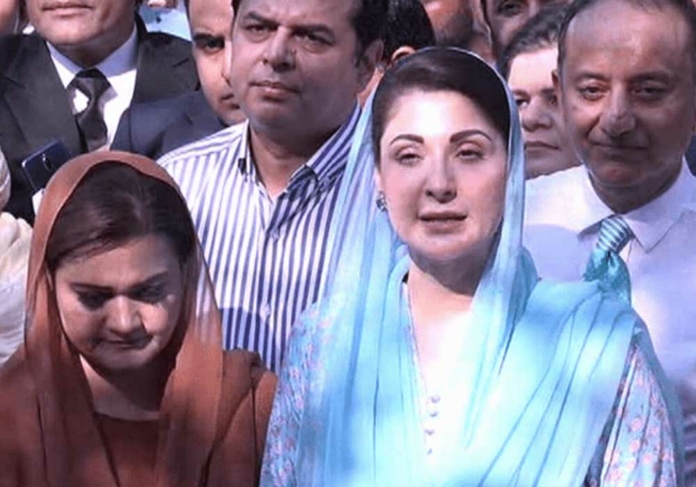 On Thursday, IHC acquitted Maryam Nawaz in the Avenfield case after hearing from both parties.

During today’s hearing, which was presided over by a two-member bench consisting of Justices Aamer Farooq and Mohsin Akhtar Kayani, the court heard arguments from both parties.

Justice Farooq stated that the Sharif family claimed to have purchased the houses in 2006 during the hearing today.

He remarked, “Despite their admission, Nawaz is not connected to the case.

According to Justice Farooq, just because a property is registered in a daughter’s name does not indicate that the father necessarily owns it.

The Sharif family, according to the NAB prosecutor, has not provided any supporting documents.

The IHC had reserved judgment prior to this, regarding Maryam Nawaz’s appeal of the sentence imposed on her in the Avenfield case.

An accountability court just before the 2018 General Elections fined Maryam £2 million and gave her concurrent terms of seven years for aiding a crime and one year for refusing to cooperate.

In the second week of August 2018, the Sharif family appealed their conviction before the IHC. On September 18 of that same year, the court postponed their sentences and granted them bail.

Maryam submitted a fresh application containing very significant and clear-cut facts to the IHC in October of last year in an effort to have the judgment set aside.

The whole process that led to Maryam’s conviction, according to her application, was a typical example of flagrant abuses of law and political engineering heretofore unheard of in the history of Pakistan.