IHC tells NAB to prove it

Says prosecution has to establish case beyond reasonable doubt 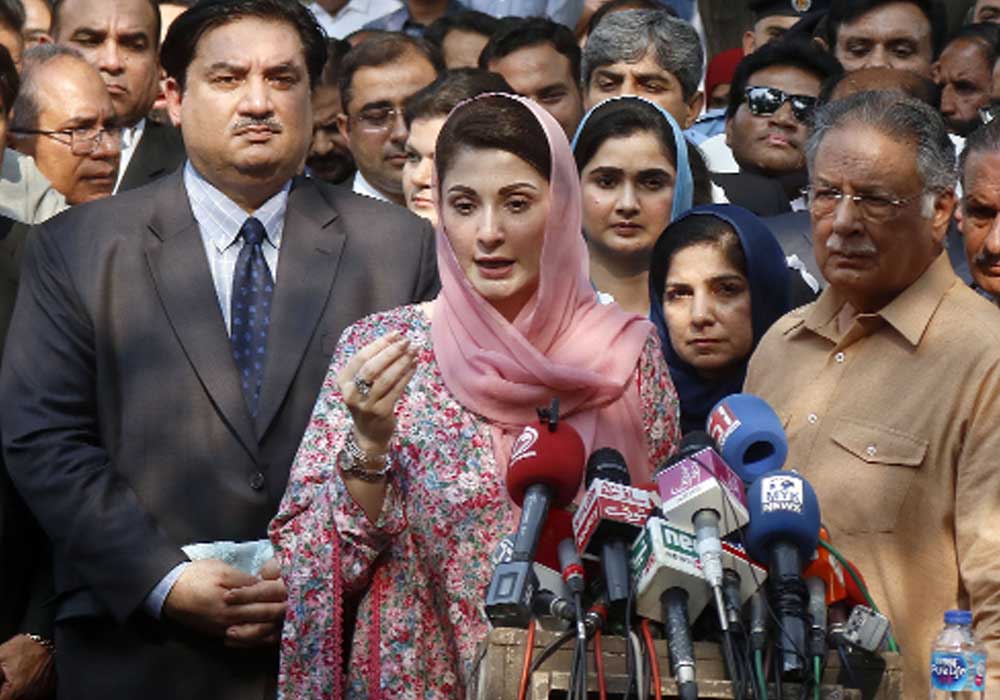 Justice Farooq also asked NAB Special Prosecutor Usman Cheema to prove through evidence that these properties were acquired by Nawaz Sharif in the 1990s.

He said that if the NAB could not prove the case against principle accused Nawaz Sharif then there would be no significance of the charges of aiding and abetting.

Justice Farooq also made it clear that any Supreme Court observation in the Panamagate judgement was not relevant to the decision regarding Maryam Nawaz’s appeal against her conviction.

He said that the NAB had to prove whether the prosecution proved the case against Maryam before the accountability court.

He asked Cheema about the case against Maryam and her husband, whether the NAB had investigated the matter and whether witnesses were called in for investigation.

“We have to see how she helped acquire these properties,” said Justice Farooq, further asking the NAB counsel how the apartments were acquired in 1993.

Justice Mohsin Akhtar Kayani said Maryam had not said on any occasion that the property belonged to her, or that she owned it. “Minus the trust deed and Calibri font issue, and move on to the actual case regarding the properties acquired in 1993,” he added. He said that it was “basic criminal law” that the prosecution must establish its case using evidence even if the accused had admitted to committing the crime.

The prosecutor claimed that Maryam aided, abetted and assisted her father in acquiring the properties in 2006.

Justice Farooq asked the NAB about Nawaz’s role in acquiring the properties.

The judge inquired what evidence the prosecution had to prove the case against Nawaz. “The prosecution has to establish the case beyond reasonable doubt,” he said, adding that proceeding under Article 184(3) was of civil nature.

He inquired about the nexus between the two offshore companies and Nawaz Sharif, and asked the NAB to show prove it through documental evidence. The hearing was then adjourned until September 29.

Meanwhile, Maryam Nawaz on Tuesday demanded that Pakistan Tehreek-e-Insaf (PTI) Chairman Imran Khan provide proof to back his claim of his party members receiving threatening phone calls from unknown quarters, and urged him to reveal the identities of “Mr X and Mr Y” he often mentions during his speeches.

Talking to the media in Islamabad, Maryam said, “What is X and Y? If there is proof then bring it forward.” She acknowledged that the PML-N had levelled similar allegations in the past, but claimed to have also provided proof in addition to mentioning their names.

“The one on whose behest calls were being made yesterday is today saying ‘my members are receiving calls [themselves]’. What about when you were responsible for calls to people? We received calls and threats too, but we faced them.”