PTI Chairman terms it as act of arrogance, vows to be back on streets as soon as his leg heals 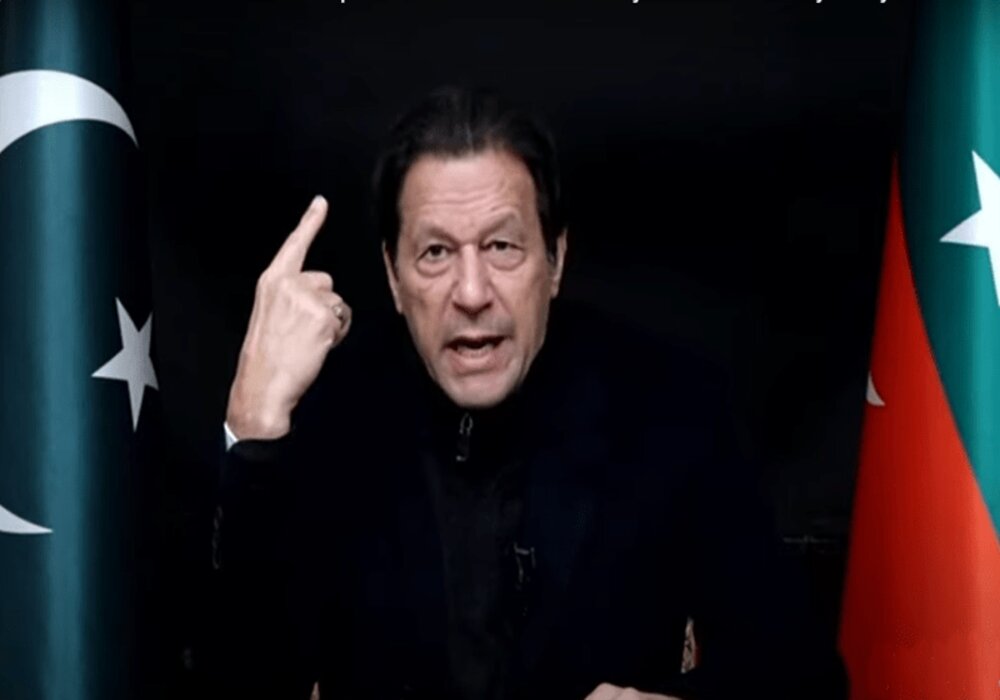 Former prime minister and Chairman of Pakistan Tehreek-e-Insaf (PTI) has asserted that it has been declared that the PTI has no future and a red line has been set for Imran Khan.

He claimed that it was an act of arrogance. He said that he will be back on the streets as soon as his leg heals.

In response to the video, Imran Khan said that the MPAs were subjected to selective pressure and that 1.25 billion rupees had been offered to change the loyalty of five MPAs. He said that after being instructed to visit the PML-N the MPAs of PTI and its allies were also warned of dire consequences.

He said that the impression was given that they had set a red line on Imran Khan and people were being intimidated by the idea that PTI had no future. Only the people of Pakistan, he claimed, can draw a line in the sand for anyone and no one else can do so.

Imran Khan claimed that although some of the individuals had a mindset of slavery and did not agree with PTI’s independent foreign policy.

He asked what was done with Farhan, Azam Swati, Shahbaz Gul and journalists and who was spreading fear that they should accept these crooks.