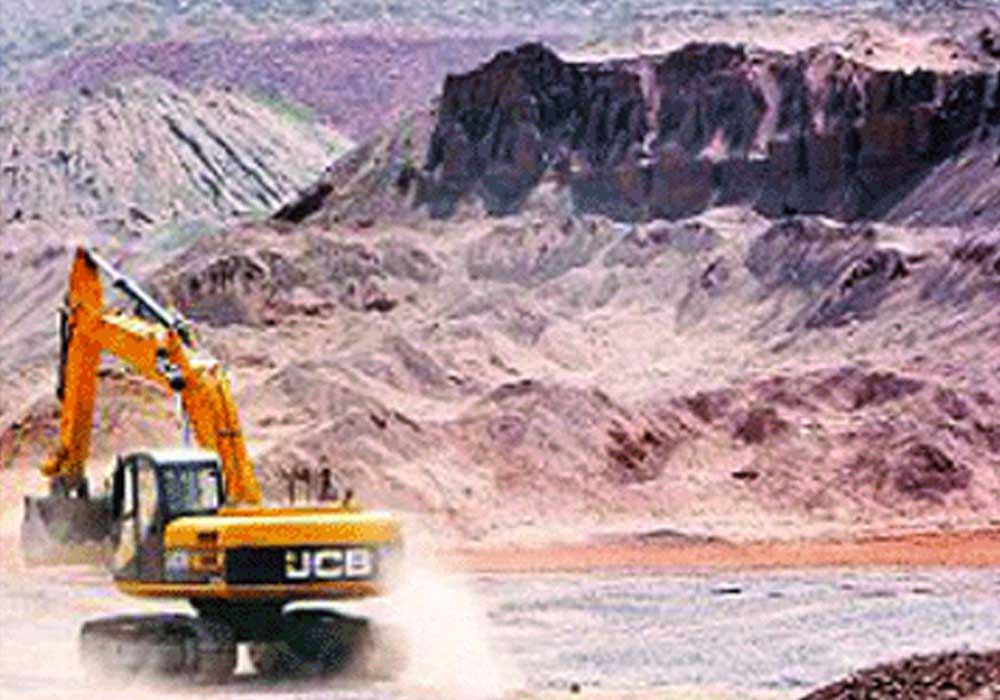 Influential contractors with the connivance of both government officials and lawmakers from Tharparkar continue to cause irreparable damage to the natural beauty of Karoonjhar Mountains through illegal morning extraction.

The contractors, who have been given the contracts to build small dams in the Parkar region of the desert district to store rainwater during monsoon season, have resumed extracting granite from various locations at Karoonjhar hills instead of using granite stones from Jamshoro as per the preconditions included in official tenders.

According to official documents, the contractors were directed to use the stones from Jamshoro hills but they were found extracting granite from Karoonjhar hills through heavy machinery despite the ban imposed by a divisional bench of the Sindh High Court.

Speaking to the media, Allah Rakhio Khoso, Zulfikar Ali Khoso, Sagir Khaskheli and other leaders of the Karoonjhar Sujag Forum condemned the resumption of the illegal mining in one of the beautiful regions of the country, which has been a hub of ancient historical and religious sites.

They said that the illegal mining was a flagrant violation of the court’s orders. They urged the PPP lawmakers as well as Sindh Minister for Culture and Tourism Syed Sardar Ali Shah to support their efforts for the preservation of the hills.  “Such sites with unmatched beauty need protection and preservation,” they noted.

On Friday, Mohammad Siddiq Mangrio, the deputy director of Mines and Mineral Department of the Sindh government, directed the Nagarparkar station house officer (SHO) to take action against those involved in illegal mining.

In a notice issued to the police officials and functionaries concerned, Mangro expressed anger and directed them to take punitive actions against those who had resumed the extraction of minerals from the hills.

He added that those who were extracting both granite and gravel from other than granted areas for the construction of small dams and other structures be brought to the book.

Mangrio noted that some of the contractors who were given the leases of extraction and mining were exporting their permits issued by the Sindh government and all such greedy people should not be allowed to carry out such activities, which would mar the beauty of the hills.