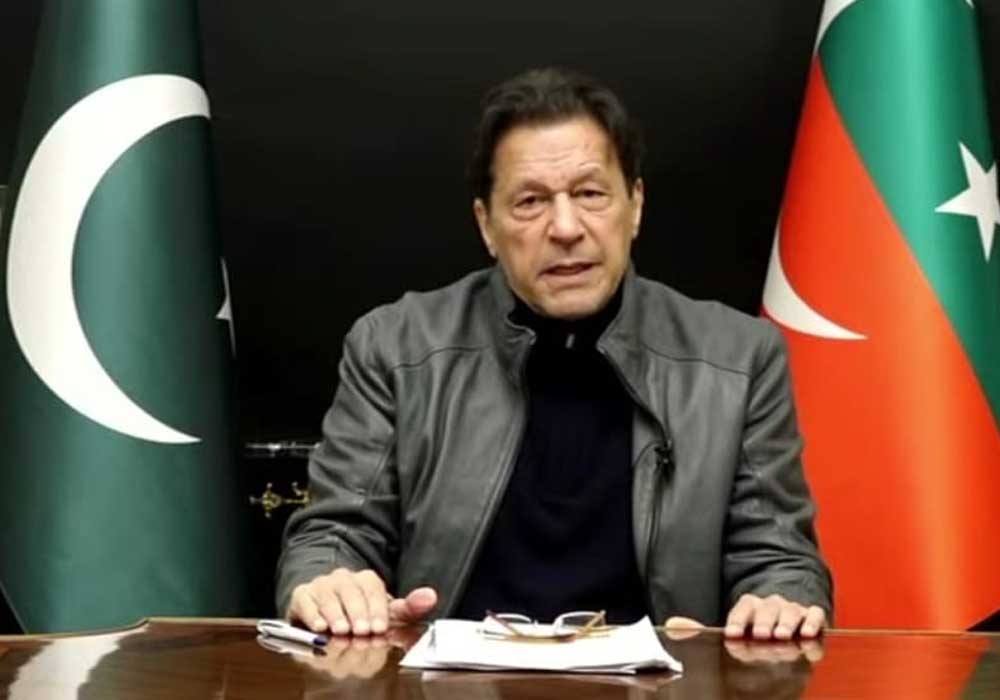 PTI Chairman and former prime minister Imran Khan said don’t try to scare me with Jail or death, I will live in Pakistan and not run away like others.

Imran Khan while addressing a press briefing in Lahore criticized the PDM-led federal government and ECP after PTI senior leader Fawad Chaudhry was arrested and taken to Islamabad.

The PTI leader claimed that the country looks to the Supreme Court and Chief Justice of Pakistan Umar Ata Bandial for justice, which was an impossible notion following the Pakistan Democratic Movement (PDM) assumption of power.

Fawad was taken into custody from his home earlier today after publicly “threatening” the Election Commission of Pakistan (ECP) members in a media interview yesterday outside Imran Khan’s home in Zaman Park,

He declared, “We have no future where this country is going. People in Pakistan are losing faith in it because they are making a mockery of the system.

“Pakistan can never advance if the rule of law is absent.”

Imran laments, “Why was Fawad arrested?” For calling someone Munshi, you have him arrested. What was Azam Swati to blame for? Considering that he said the former COAS was in support of granting NRO 2. What triggered my assault in Wazirabad?

He declared that he is not scared of going to jail and asked authorities how many people will they put in jail.

While talking about the ECP, he said “I want to know if the ECP is aware that Article 218 states that you must hold free and fair elections. Why did you select Mohsin Naqvi to be the caretaker then?”

“We have provided neutral names for the caretaker; please explain the basis for your selection.”

According to Khan, Mohsin Naqvi participated in overthrowing his government in 2022.

“All of the police officers who attacked us on May 25 are being brought back to the system. Is this a step toward holding free and impartial elections? Police have already started to intimidate our workers.”

“I anticipate that our judiciary will uphold our fundamental rights.”

Khan concluded by stating, “I’m an independent man, and I don’t accept to be a slave, therefore if anyone thinks I’ll put up with these thieves, I’ll battle them to the very last ball and breath.”