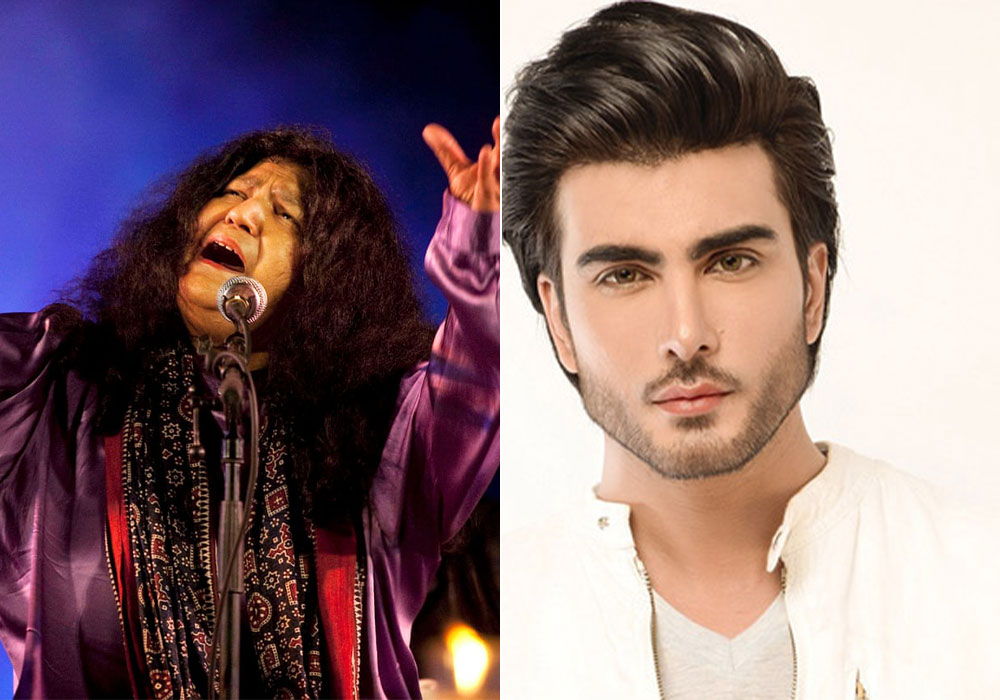 Model and actor Imran Abbas is known for trying his hands at music time and again. He has often been found singing classical songs in award shows and musical programs, and in a refined manner that seems to have stemmed from a proper training in the area of classical music.

On the 14th of October, Imran Abbas shared s status on his Facebook account in which he told that the Sufi music maestro, Abida Parveen called him and offered him to sing a Sufi song with her. Expressing intense happiness, Abbas further revealed that he will be going to the studio the very next day to record the song and will share it with his friends and fans as soon as possible.

He said, “The moment when our most favourite and the living legend Abida Parveen calls you and asks to sing a Sufi song with her.. Excited to record it tomorrow and share with my friends shortly.”

That Abida Parveen has asked the popular celebrity to sing along tells that Imran Abbas has started taking his music even more seriously and has polished himself to the extent that he is now being praised by giants in the field.

Let’s see what this duo of Imran Abbas and Abida Parveen has in store for us.