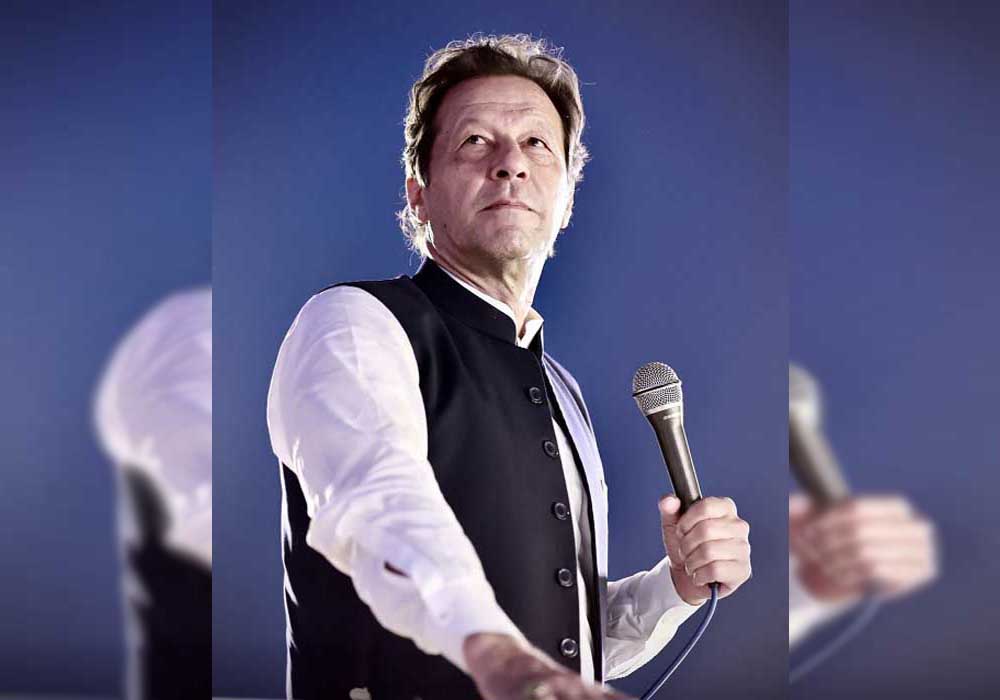 The Islamabad High Court (IHC) on Monday ordered the removal of terrorism sections from a case registered against Pakistan Tehreek-e-Insaf (PTI) Chairman Imran Khan over his remarks against Additional Sessional Judge Zeba Chaudhry and police officials during a rally in Islamabad last month.

A two-member IHC bench comprising IHC Chief Justice Athar Minallah and Justice Saman Rafat Imtiaz announced the verdict on a PTI plea to quash the terrorism case against the former prime minister. The court ordered that proceedings on the other sections in the case would continue in the relevant forum.

The PTI chief had made the controversial remarks during a party power show in the capital on August 20 and was subsequently booked for “terrorism” under Section 7 of the Anti-Terrorism Act. Another case was registered against the former premier for violating Section 144. However, new sections were later added to the FIR, against which the PTI chief had approached the court.

The sections added to the FIR later were Section 504 (intentional insult with intent to provoke breach of peace), 506 (punishment for criminal intimidation), 186 (imprisonment for three months), and 188 (disobedience to an order lawfully promulgated by a public servant) of the Pakistan Penal Code.

During the hearing, Justice Minallah questioned special prosecutor Raja Rizwan Abbasi about the opinion of the Islamabad Police’s joint investigation team (JIT) regarding the case. Abbasi replied that the JIT’s opinion was that terrorism sections were warranted in the case.

The chief justice subsequently instructed the prosecutor to read out the threatening portions from Imran’s speech, and Abbasi obliged.

“Are these the only sentences?” the judge asked once Abbasi was done reading out loud the remarks in question. Justice Minallah said that if someone interfered in a case under adjudication then it amounted to contempt of court. He said that if terrorism charges were to be applied against people on the argument being made then “in this way you will open up the floodgate.” He subsequently asked if there was a threat of causing a physical injury in Imran’s speech. To this, Abbasi said that the PTI leader’s remarks were not limited to just bodily injuries.

“It is to be seen who said these words. He is not an ordinary person. That person is a former prime minister and can even be the future prime minister. Imran Khan’s political party has a strong social media following. There are educated and uneducated followers of Imran Khan,” Abbasi argued, adding that Imran, in his speech, had said he would be “taking action” rather than taking “legal action”.

The chief justice remarked that terrorism provisions were misused in the past, referring to the example of former senator Faisal Raza Abidi, who was later acquitted of the charges.

The prosecutor argued that Imran’s speech was “by design”, at which Justice Minallah remarked: “[If] you could find nothing else in the investigation except for this speech then the design no longer exists.”