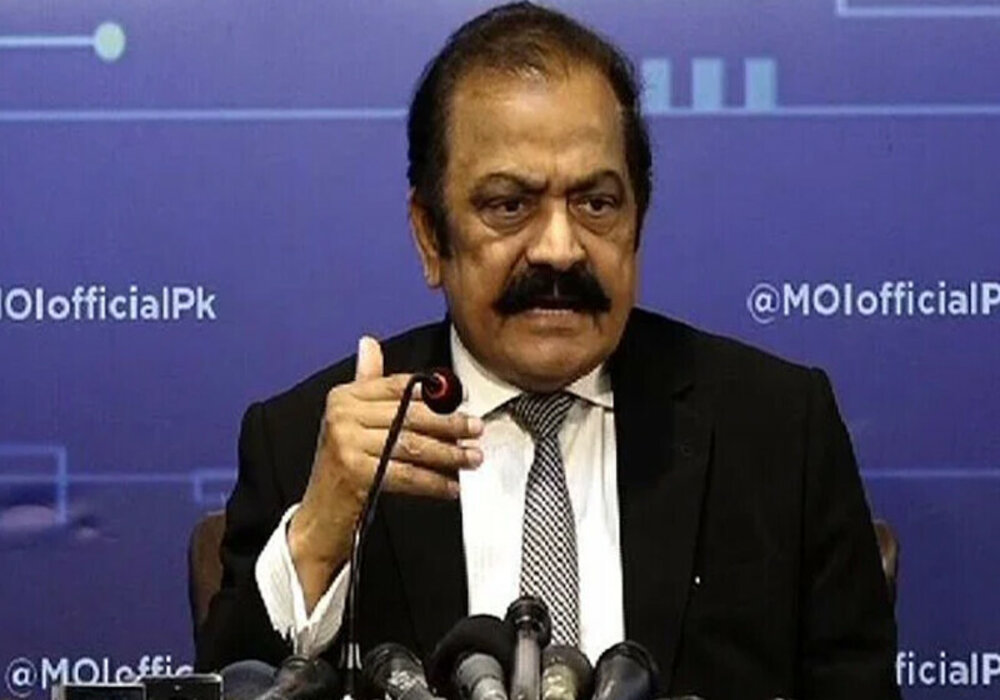 Interior Minister Rana Sanaullah has said that if Chief Minister Punjab had the required numbers then the problem would have been solved. He said that Pakistan Tehreek-e-Insaf (PTI) Chairman Imran Khan was adamant on a vote of confidence before 11 but Pervez Elahi is reluctant.

He said that the country was on the verge of defaulting. He said that by-elections will be held in case of mass resignations. He added that the establishment was not supporting anyone at the time while Imran Khan wanted them to patronize him.

He further said that the Wazirabad incident was not fake as Naveed was the real accused and there was no one behind him, the fire could actually be seven to eight from the pistol, someone was shot 14 times and someone had eight bullets.

He alleged that Imran Khan was not shot even a piece of bullet and the JIT reports were fake. He added that Pervez Khattak and Fawad Chaudhry think better than the rest of the people but no one listens.