Decisions should be made keeping in view interest of Pakistan and its people, PTI Chairman 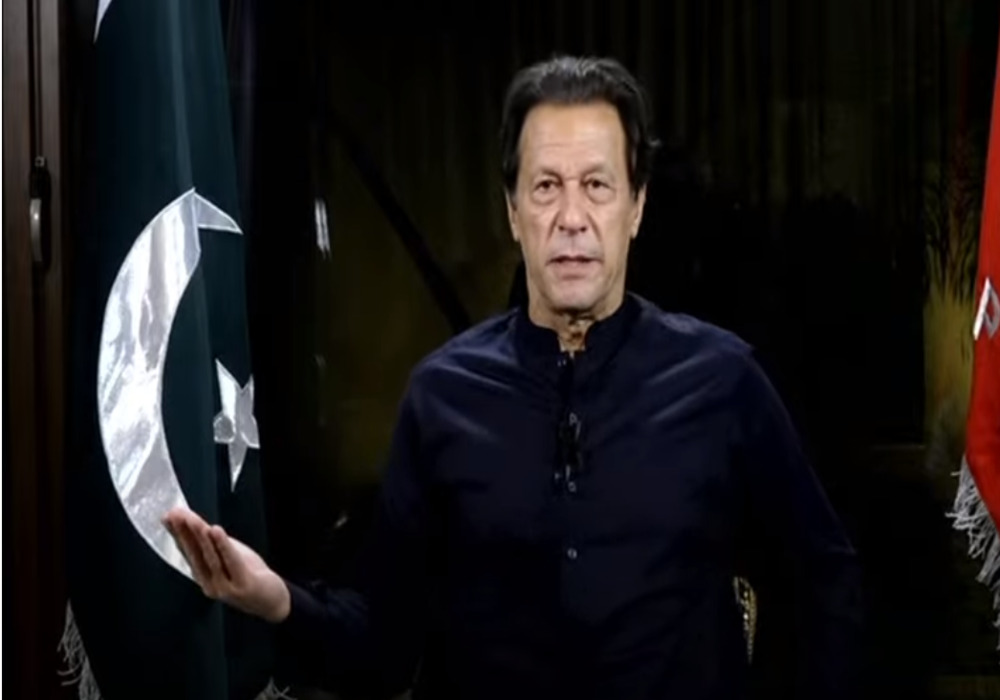 Pakistan Tehreek-e-Insaf (PTI) Chairman Imran Khan has given the date of Rawalpindi touchdown. He has directed the people to reach Rawalpindi on November 26. He said that he will himself lead the long march from Rawalpindi.

He said that the whole nation should come to Rawalpindi on November 26 so that the real freedom could be achieved. He reiterated the resolve for his movement and said that they have only one demand of early, free and fair elections. He also said that the movement will continue even after November 26 as well.

PTI Chairman said that he has reports of life threats but he will announce the date to reach Rawalpindi. He said that he would prefer death over slavery of the corrupt. He said that an environment of terror was spread to make PTI afraid after ousting PTI government by conspiracy.

Former prime minister also talked about foreign policy and said that he would prefer a free foreign policy as he didn’t want that someone else will decide about the Pakistanis.

Addressing the PTI’s long march via video-link he said that the message of PTI has been spread across Pakistan. He said that the interest of Pakistan and its people should be priority while making decisions. Imran said that he didn’t want Pakistan to be ruled by someone sitting. He said that no-one else should make decisions for Pakistan but its elected rulers.

Criticizing Prime Minister Shehbaz and other partners of the coalition government he said that these people had come into power for getting NRO and for the purpose of looting. He asked the reason that had caused the acquittal of ruling elite from all cases. He said that no society of the world could even envision NRO. He said that the rulers had amended the laws just for their acquittal from cases.

Imran said that he hadn’t seen such response in his life as there were historic rallies after he was ousted from PM Office. He also announced to file case against a media house and its owner in US, Dubai and UK for being involved in propaganda against him on a baseless story of watch. He said that he also file case in Pakistan but justice here could be delayed.

PTI Chairman said that the nation was looking to the Chief Justice and judiciary for rule of law and the right of the people. He requested the judiciary especially Chief Justice to play their role for betterment of the country. He urged that the decisions should be made by keeping in view the interest of Pakistan and its people.

He said that Shahbaz Gill and Azam Swati were tortured brutally and they have been demanding justice. He said that a TV channel was shut only because of one sentence of Shahbaz Gill. He also spoke over the murder of journalist Arshad Sharif and said that he was murdered for speaking the truth and bringing it before the people.

He has said that his movement had started seven months ago and PTI leaders, supporters and workers have sacrificed during their rightful campaigns. He said that people were put into jails and the FIRs were raining on them.