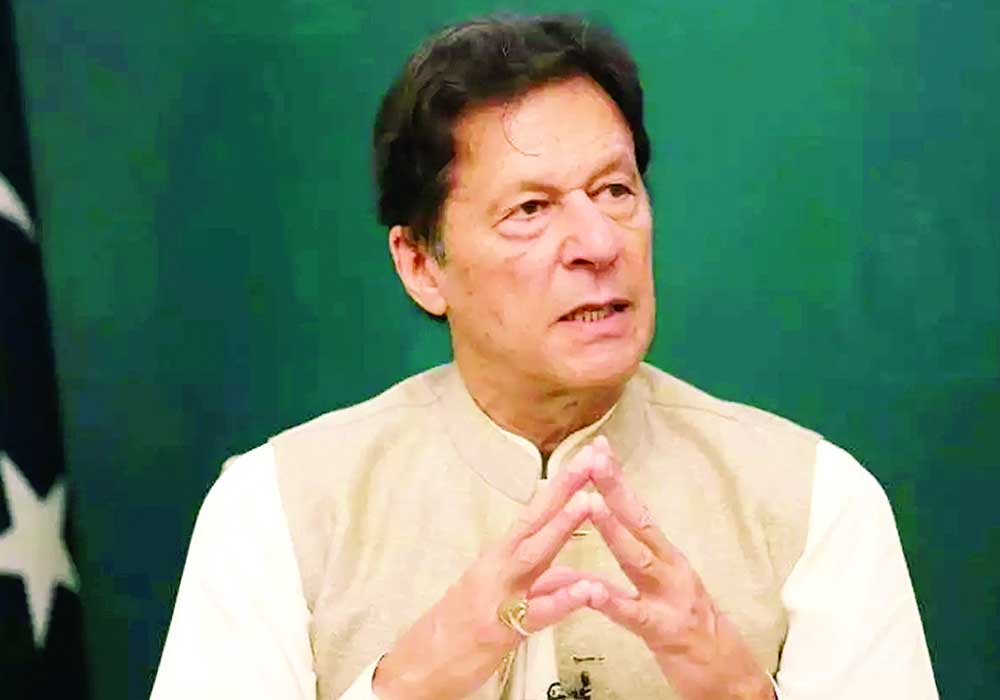 Pakistan Tehreek-e-Insaf (PTI) Chairman and former prime minister Imran Khan on Monday distanced himself from party leader Shahbaz Gill’s controversial remarks aired on ARY News earlier this month, admitting that they were “wrong” and shouldn’t have been said.

Gill was arrested last week from Bani Gala Chowk in the capital after a video clip of his controversial remarks went viral on social media. Later in the day, he was booked on charges of sedition and inciting the public against the state institutions.

In an interview with a private news channel, Imran said, “He [Gill] shouldn’t have said it because it falls under instigating the army […] it is completely right […] we want to see the army as a strong institution.” However, the PTI chief contended that statements against the establishment were also passed by coalition government leaders Maulana Fazlur Rehman, Maryam Nawaz, Ayaz Sadiq, Nawaz Sharif and others in the past.

“But what happened with them?” Imran went on that he was “extremely upset” with the treatment meted out to Gill in prison. “It is extremely painful. I didn’t even know this […] Our lawyers told us that his clothes were ripped off and he was beaten up. “They are torturing and trying to mentally break him.

And they are forcing him to give statements against Imran Khan,” he alleged, adding that if “Imran has to say something, he will say it himself […] he doesn’t need Shahbaz Gill for that”. He further revealed that Gill was asked about “Imran and Lieutenant General Faiz Hameed’s meetings”.

Imran also claimed that everything that happened with Gill was a conspiracy to “scare PTI supporters” and “create an impression that PTI is against the army and martyrs”.