Imran could fulfil his desire by nominating me and PM in FIR, says Rana Sanaullah 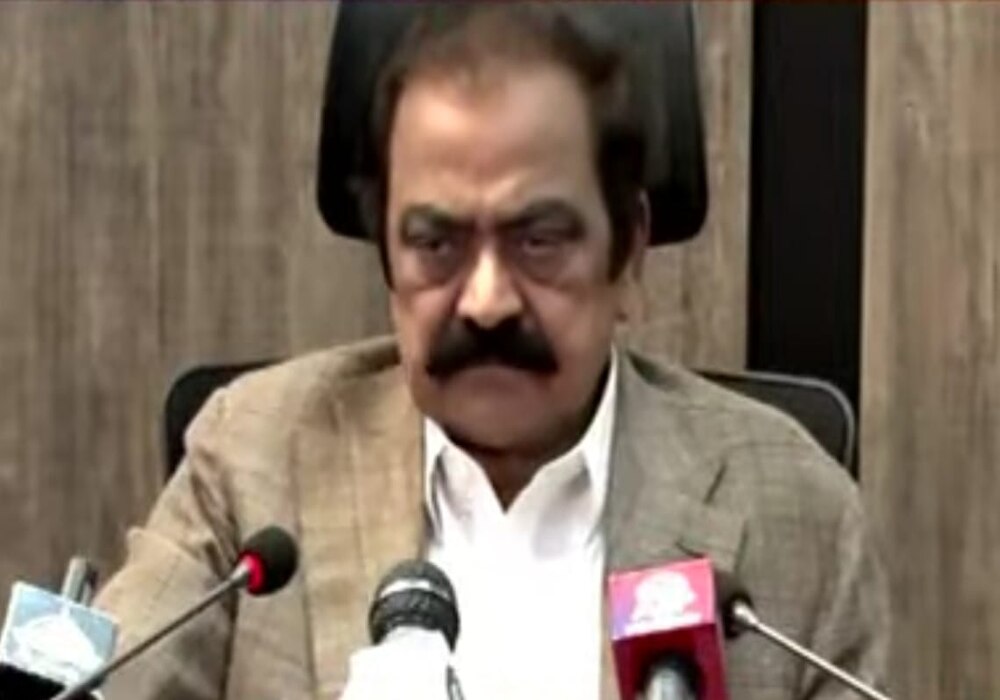 Interior Minister Rana Sanaullah has said that Imran Khan could fulfil his desire by nominating him and Prime Minister Shehbaz Sharif in the FIR.

Interior Minister said that they were ready to be included in the investigations. While speaking to the media he further said that Imran Khan was not hit with four bullets. He claimed to quit politics if PTI Chairman was injured by four bullets.

He also said that Imran Khan has been willing to spread chaos and anarchy in the country. he said that the accused attacker Naveed was captured by PTI workers and he was the real suspect in the case.

Imran Khan had earlier alleged that he was repeatedly issued death threats by the interior minister. PTI Chairman had also alleged that Prime Minister Shehbaz Sharif, Interior Minister Rana Sanaullah and a senior military officer were the three behind the attack on him.

It is also important to note that despite having passed so much time no FIR of the case could be lodged.

The Supreme Court has today ordered the provincial police to lodge an FIR of the incident within 24 hours.