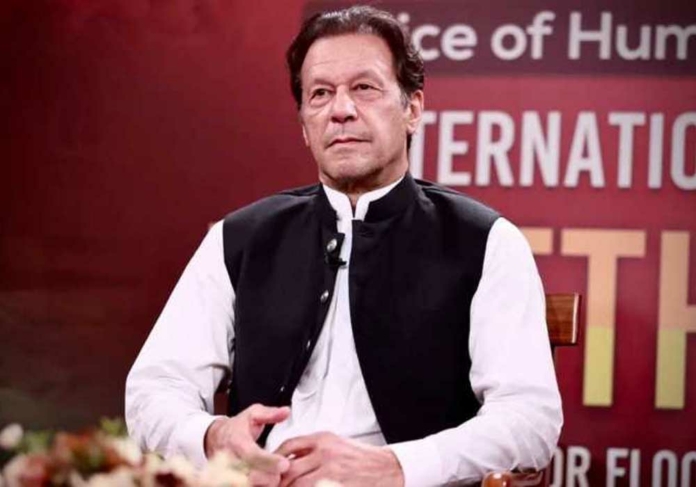 Interior Minister Marriyum Aurangzeb has said that Pakistan Tehreek-e-Insaf (PTI) Chairman Imran Khan had now given up the narrative of foreign conspiracy after causing chaos in the national interests.

While Sherry Rehman has said that Imran has left behind the interest of the country in the narrative race.

Speaking about Imran’s interview with the Financial Times she said that Imran could not be pardoned for backing off his narrative and that he would be held accountable. She also said that he had spread havoc and lies and a simple withdrawal would not be enough.

She said, “After terming the parliament, the Pakistan Army, and the national institutions as traitors, he can’t be let off just by saying it’s behind me and it’s over.” She further said that Imran had forced the people into constitutional positions for violation of the Constitution just for the sake of his concocted story.

Marriyum further criticised PTI Chairman saying that Khan had no other option but to surrender his narrative of a foreign conspiracy, imported government and regime change. She said that Pakistan’s interests were put in grave danger just for his lust for power.

On the other side Pakistan Peoples Party, Senator Sherry Rehman has said that Khan had taken the biggest U-turn in his dual political history. She stated in a tweet that by doing diplomatic damage to Pakistan and by pretending to be an imaginary external conspiracy now he has said that the matter of cypher has been left behind. She asked who was responsible for the diplomatic damage caused to the country by their false narrative.

In the series of tweets, she stated that in the audio leak it has been clearly revealed that Imran Khan made a fabricated and false narrative on the cypher issue and also planned to play on it. Sherry Rehman stated that now he has said that this was a matter of the past but he is on the same narrative in the rallies.