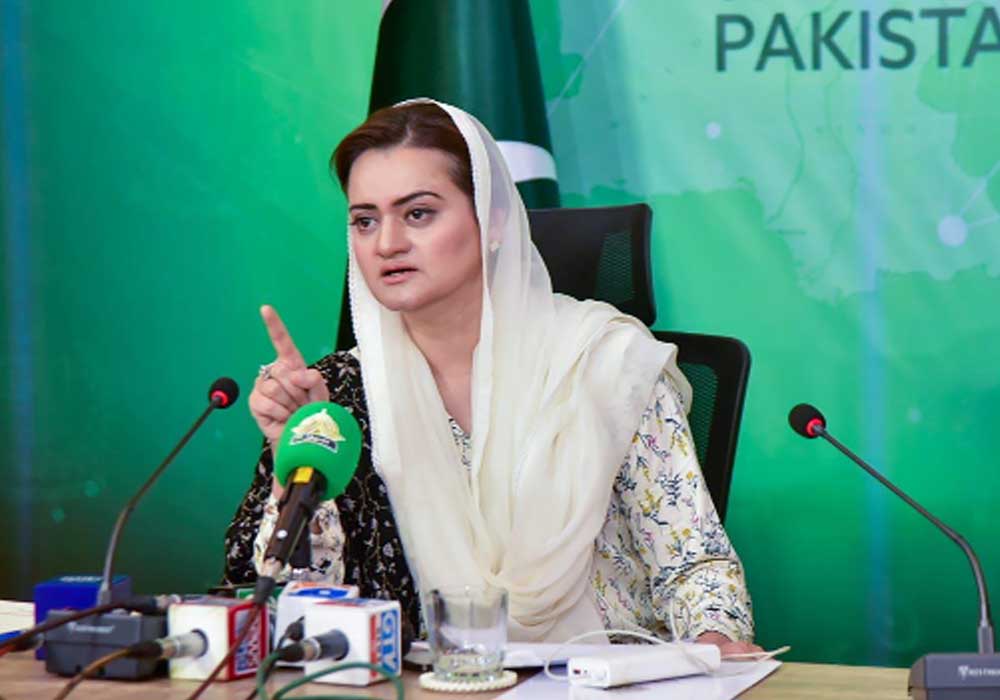 Minister for Information and Broadcasting Marriyum Aurangzeb said on Saturday that Pakistan Tehreek-e-Insaf Chairman Imran Khan remained in power for four years but could not prove a single allegation of corruption or wrongdoing against his political opponents.

Giving her reaction to Imran Khan’s statement, the minister said that in the Imran era, the political opponents were put behind the bars by blackmailing the National Accountability Bureau Chairman, but the allegations proved false in the courts, as they could not present a single evidence.

The minister while referring to the ouster of Imran from power corridors, said that now the country had been purged from the mafia and robbers.

Now just terming the opponents as thieves will not work, despite four years of all power Imran Khan had not been able to prove a single charge, she said adding all the courts of Pakistan threw his allegations in the dustbin.

The PML-N leadership submitted 40 years of record and not even one charge was proved in the court, she maintained.

Taking a jibe at Imran, she said even if he established a court in Bani Gala and himself became a judge and a lawyer too, still, false accusations would not be proved.

She held Imran guilty of inflation, debt, economic collapse and unemployment problems being faced by the nation today.

Separately, Minister for Planning and Development Ahsan Iqbal said on Saturday that Imran’s motive for rejoining the National Assembly (NA) after dissolving two provincial assemblies was to create political rumpus.

Talking to a private media channel, Ahsan Iqbal said that Imran Khan does not believe in political harmony and solving political issues through dialogue.

Minister accused the PTI chief of sabotaging every positive development in the country with his negative politics and accusations. Imran, he added, was trying to spread chaos and anarchy by creating a political crisis in Pakistan.

Imran Khan should be allowed to fulfill his ambition by contesting one-sided elections on his own-vacant seats. Criticizing PTI’s economic policies minister said that the current economic crisis was a result of Imran Khan’s led government’s economic mismanagement.