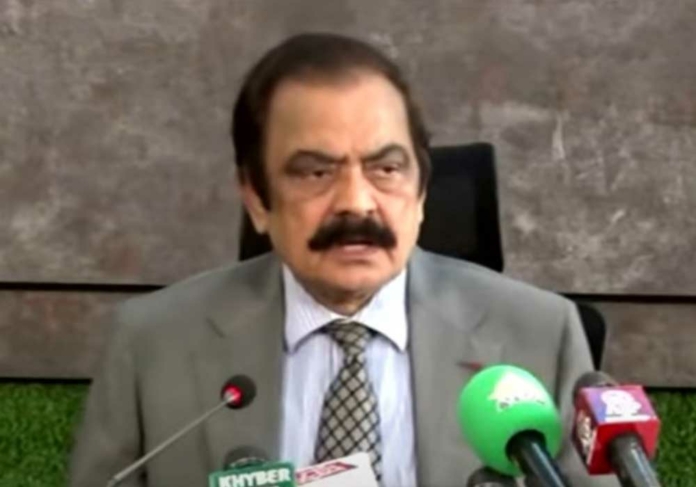 Interior Minister Rana Sanaullah has said that it is extremely saddening that PTI Chairman Imran Khan accused individuals of his attempted assassination without conducting an investigation or providing any evidence.

On Friday, during a press conference in Islamabad, Sanaullah expressed concern about the leaked statement of the suspect who was apprehended at the crime scene and questioned why a first information report (FIR) in the case had not yet been registered

He stated that the suspect makes some extremely alarming and deadly statements in the video. Such claims have also been made in the past. Additionally, it’s possible that similar narratives will be fueled after the video became popular.

Sanaullah continued that as a result, the government had asked Imran to “correct his behaviours” and review his security.

He added that Imran should view the government as political rivals and not as adversaries, saying, “We do not want to frighten or stop his long march but it is essential to bring these concerns to light.”

The former prime minister was shot in the leg in an armed attack on his container while leading the PTI’s “Haqeeqi Azadi March” in Wazirabad on Thursday.

The event resulted in the death of one person and the injuries of numerous people close to the PTI chairman, including Senator Faisal Javaid, former Sindh governor Imran Ismail, Ahmad Chattha, and Imran Yousaf.