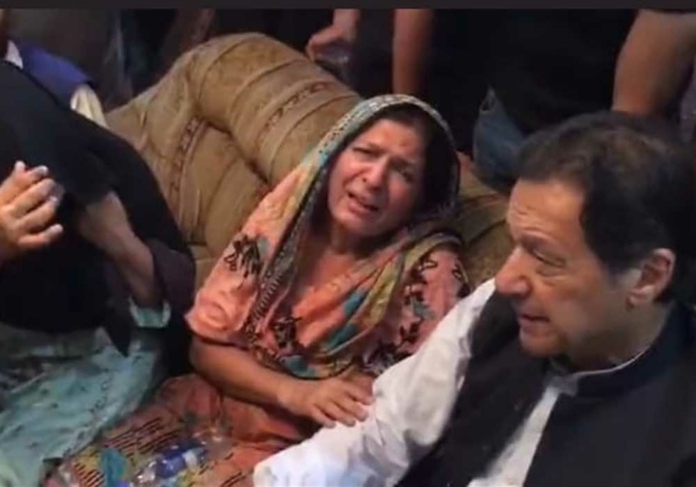 Sadaf Naeem passed away on the previous day after an accident during PTI’s long march. PTI Chairman immediately announced postponement of the march after the sad incident.

Imran Khan, at Sadaf’s residence, offered condolences to her family and prayed for her higher ranks.

Sadaf died on Sunday died after being crushed under PTI’s container while its long march was headed toward Kamoke from GT Road Lahore. Speaking to journalists, Sadaf’s husband Naeem said that his family found out about her death after the daughter saw her on television. The couple has a daughter and a son together aged 21 and 15, respectively.

Speaking to the participants after the accident, Khan had said that the march was supposed to move towards Kamoke, Gujranwala but due to the tragic incident they will stop the march immediately.

According to rescue officials, the reporter slipped and fell under Khan’s container.