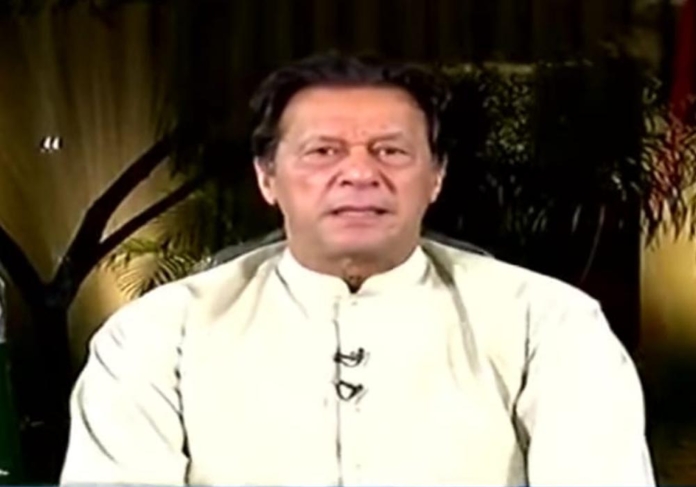 Pakistan Tehreek-e-Insaf (PTI) Chairman Imran Khan again called on the Chief Justice of Pakistan (CJP) Umar Ata Bandial saying that major responsibility lies upon him to investigate the root cause and background of the attempted attack on him. He said that no institute except SC could investigate as all other institutions have lost the support and faith of people due to their conduct.

He cited previous videos that were used to incite people religiously against him and how those videos were used for propaganda against him. He said that Mariam Nawaz, Marriyum Aurangzeb, Javed Latif and Rana Sanaullah were on record how had they tried to incite the people against him.

Addressing the participants of the long march on video-link he demanded CJP investigate the actions against him including his FIR, the Azam Swati video incident and the heinous murder of journalist Arshad Sharif.

Talking about Arshad he questioned how the video was available to the anchor that was played yesterday but the details were not provided to his family. He said that now it has come forward that Arshad was brutally tortured just because he was not sitting quietly and carried on work against the corrupt

The former prime minister has said that it was planned to kill him and to cover it into a case of religious extremism. He said that he knew already that he would be targeted.

He said that the forensic of the container has proven that two types of bullets were fired on it. He paid special tribute to Ibtisam who tried to stop the shooter Naveed. He also condoled the tragic incident of Moazzam’s death and promised to financially support his family.

Imran said that the long march would never stop unless the target of real freedom would be achieved.

He reiterated to fight for the country and called people to join him in this cause. He also said that lawyers could play a very important role. He said everyone to join him in Rawalpindi when he will give the call.