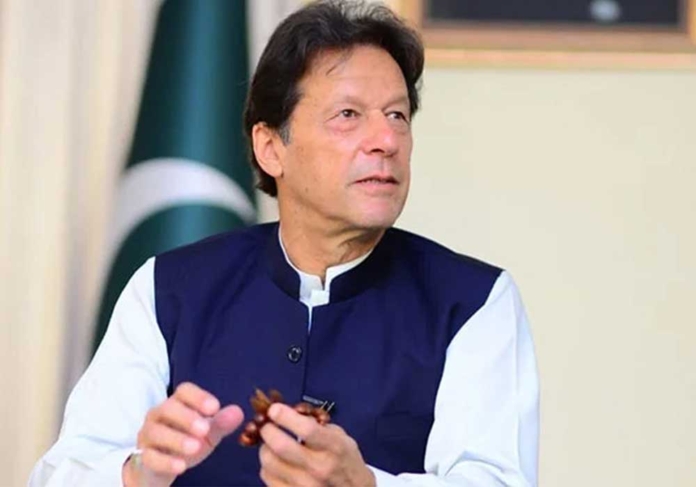 PTI Chairman Imran Khan has challenged the Election Commission of Pakistan’s (ECP) decision on his disqualification in the ToshaKhana reference in the Islamabad high court.

On Saturday, Imran Khan’s attorney, Barrister Ali Zafar, submitted an application to the Islamabad High Court to overturn the ECP decision. He also requested the court to hear this case immediately.

The ECP on Friday disqualified Imran Khan in the Toshakhana disqualification reference. The ECP has announced Imran Khan’s seat in the National Assembly is vacant.

The reference was filed against the former premier for not sharing details pertaining to Toshakhana gifts and the earnings from their alleged sale.

Legislators from the current ruling coalition, the Pakistan Democratic Movement, on August 4 filed a reference for Imran Khan’s disqualification under articles 62 and 63 of the constitution. The reference was sent by the NA speaker.

The PTI chairman, in his reply, had stated that he had sold the gifts for Rs58 million, which he had procured from the state treasury for Rs21.56 million.

PTI leader Fawad Chaudhry, while talking to the media, said that the decision was a slap in the face of the Pakistani people.

Fawad stated that although PTI hadn’t called for any protest, the public came out in big numbers to protest against this decision.

He further mentioned that “ECP hasn’t released the complete decision even after 24 hours. We applied for a copy of the result yesterday, but ECP hasn’t issued it. ”

Fawad said that if you don’t have the signature of every member, you can’t even announce the decision. Last time in a prohibited funding case, ECP issued a different decision on the website and a different one on paper. The ECP is taking orders from government officials before giving a complete result.

He urged the court to take a decision on this reference where ECP is taking a biased decision.