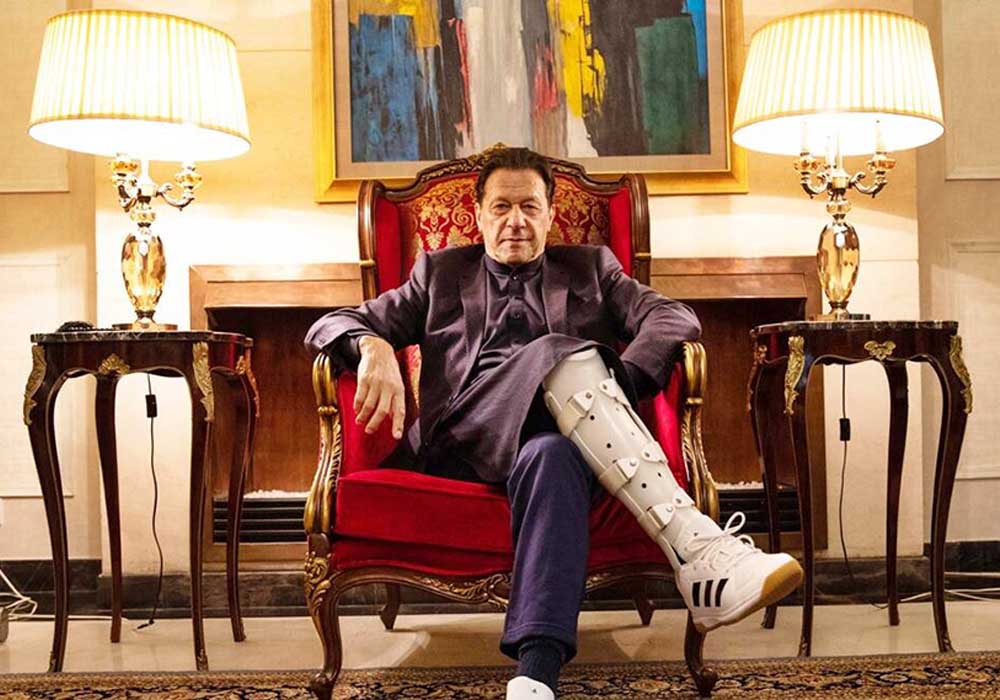 Pakistan’s former prime minister Imran Khan said he would back a continued role for the International Monetary Fund (IMF) to stabilise the economy and avert a debt default, as the ousted leader remained confident of a return to power this year, reported Bloomberg on Wednesday.

In an interview, Imran, who was removed from power last year through a no-confidence vote, said that he expects to secure a majority when elections are held. While his party, the Pakistan Tehreek-e-Insaf (PTI), has continued to push for early elections, they are due to take place sometime after August.

The PTI chief said that he’s preparing a “radical” plan to shore up an economy that he predicts will be in even worse shape by then.

“If we get into power, we won’t have much time,” said the former prime minister, who was criticised when his party came to power in 2018, but delayed approaching the IMF back then.

Now, on a query pertaining to sticking with the IMF, with whom the country eventually signed a programme for about $6.5 billion disbursements to Pakistan that remains stalled amid issues related to the lender’s demands, he said: “We have no choice now.”

The IMF has called for fiscal steps to reduce the budget deficit, such as additional revenue commitments, an increase in PDL and GST on petroleum products, and a hike in electricity and gas tariff.

Pakistan’s economy is currently passing through one of its worst phases in history, as the cash-strapped country struggles to attain inflows from bilateral and multilateral institutions while the crucial IMF programme remains in the doldrums.

The reserves held by the State Bank of Pakistan (SBP) have undergone significant depletion in recent months, and stand at $4,601.2 million, latest data of the SBP showed.

“We will have to make policies like never before in our country,” Khan said. “We fear a Sri Lanka-type situation,” he said, referring to the default in Sri Lanka.

Imran said he would reappoint Senator Shaukat Tarin as finance minister after he held the post in the previous PTI administration.

In one of his government’s last major move, Imran in February last year announced the slashing of petroleum products’ price by Rs10 per litre and electricity tariff by Rs5 per unit.

The move triggered a dispute that stalled the IMF programme.

The ex-premier said his decision was based on getting discounted fuel from Russia. Imran met Russian President Vladimir Putin in Moscow in February last year on the day Russia invaded Ukraine.

He said that President Putin during his talks vowed to help Pakistan with energy supplies.

On foreign relations, Imran said that he will pursue an independent foreign policy that doesn’t lean on any single country such as the US or China.

The PTI chief said he enjoyed an excellent relationship with former President Donald Trump, but ties deteriorated under his successor. “It’s only when Joe Biden came along that for some reason I found that there was reluctance there,” he said, adding that he believes that happened because the US needed someone to blame for its exit from Afghanistan.