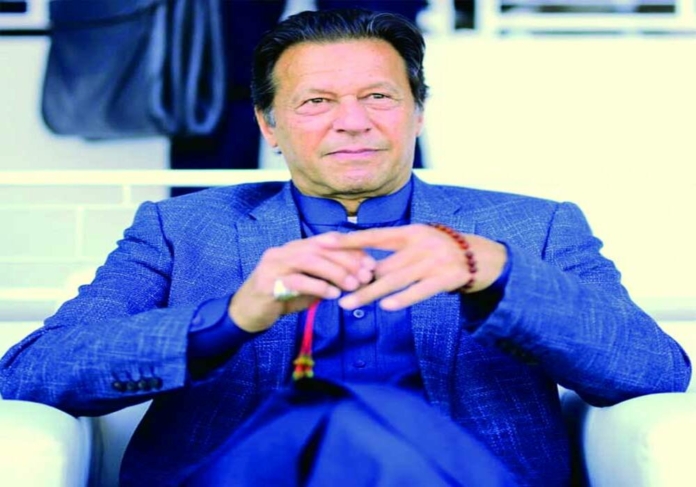 PTI Chairman Imran Khan renewed his call for fresh elections on Wednesday, stating that they are the only way to save the nation from entering into economic disaster.

Imran Khan while addressing marchers through a video link said that people assume Pakistan’s economy is collapsing and it doesn’t have the strength to pay its obligations.

“This is risky because people will stop investing and lose trust, which will bring inflation and unemployment.”

He stated that free and fair elections are the only way to achieve it. “It is necessary to get the country out of this swamp.” Khan explained the delay in polls by stating that Nawaz and Zardari were “scared,” of elections.

“Despite attempts to rig the by-elections, PTI won by a margin of 75%, therefore now they are afraid they will lose.”

The PTI leader attacked the current coalition administration, claiming that more than 60% of the cabinet members were out on bail and that Shehbaz Sharif and his son were set to get penalties when they were instead issued NROs.

By approving legislation and NAB modifications in the parliament, “they (the administration) found a way out of Rs. 1,100 crores corruption cases against them,” he claimed.

He berated officials for rendering unfair decisions in “campaigns conducted against PTI,” accusing them of disregarding the charges still pending against the PML-N.

Khan asserted that it was his right to march toward Islamabad. “We’re encouraging everyone to show up because we won’t let this injustice continue, everyone needs to know how important the law is.”

The former prime minister made a connection between political stability and economic growth, asserting that the country’s economy cannot grow unless political differences are settled and the rule of law is upheld.