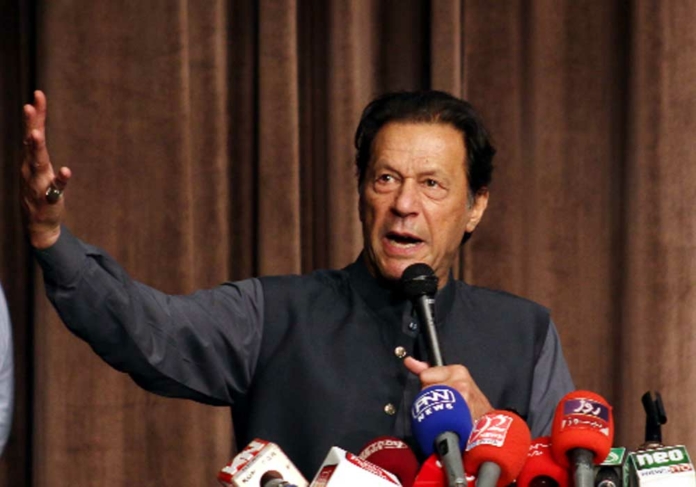 According to a media report, Imran Khan has said that there was no choice other than this.

Imran Khan also said that he had also explained to the establishment that if the opposition succeeded on the vote of no confidence, they will not be able to handle the country’s economy.

Imran Khan has previously urged CEC Sikander Sultan Raja to resign. He had stated that he had not seen a more dishonest election commissioner than Sikandar Sultan Raja in this country.

Talking to media after winning the by-polls, he alleged that Sikandar Sultan was PML-N’s man inside the election commission, adding that this election was held by the ECP in cahoots with the government.

He had said that Raja did not allow electronic voting machines (EVM) because with EVMs they could not have rigged the elections. He also disclosed that they had moved Supreme Judicial Commission and their case was being heard.