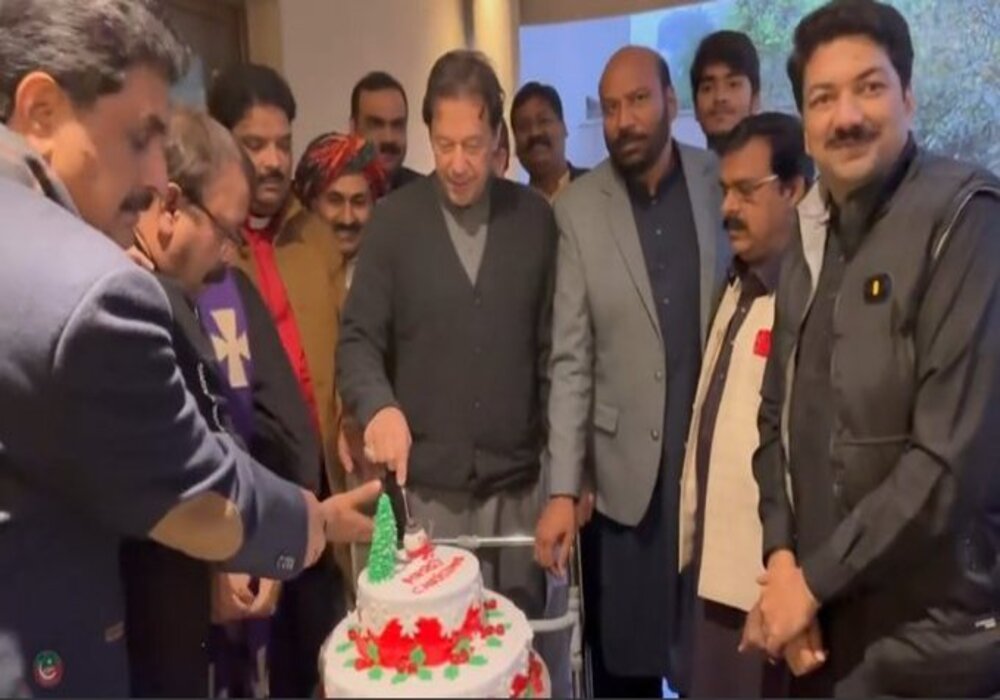 The former prime minister Imran Khan hosted a Christmas party at his home in Lahore.

Imran Khan was present for the event in his residence in Zaman Park. He congratulated the Christian community while cutting a Christmas cake.

He stated that efforts for the Christian community’s welfare were necessary since they have played a significant part in Pakistan’s growth and development.

He said that Quaid-e-Azam discussed granting equal rights to minorities in the country.

On the other side, Governor Sindh Kamran Tissori also had a cake-cutting ceremony with the Christian community as the Christmas celebrations were also conducted at Governor House Karachi.

Similarly at the Governor House in Lahore, the Governor also had a cake-cutting ceremony with the Christian community.

A day ago Prime Minister Shehbaz Sharif had also a cake-cutting ceremony.