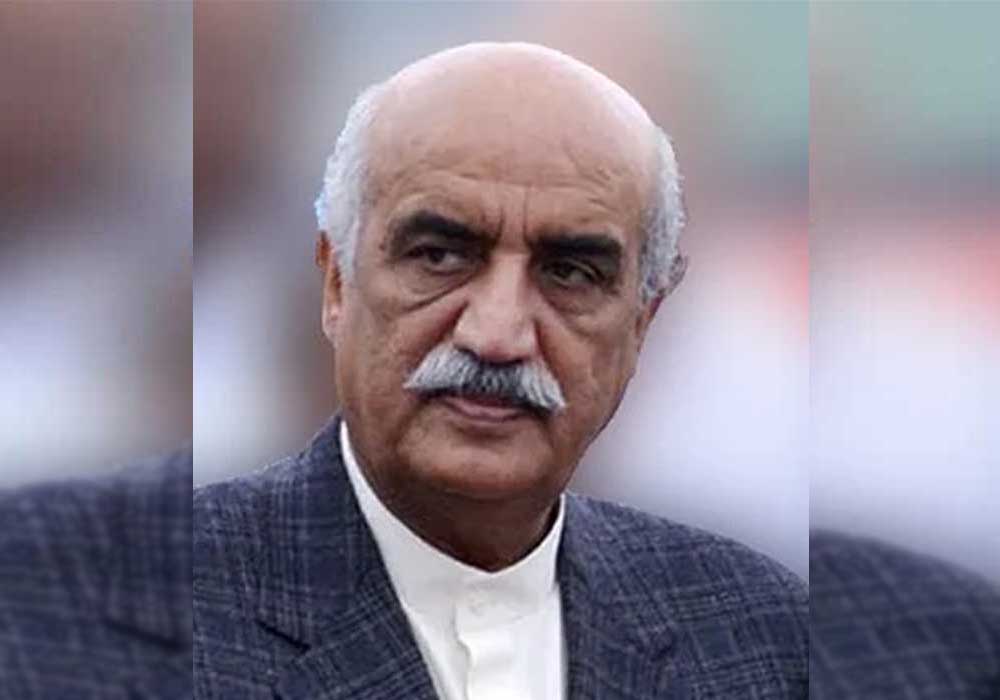 Talking to the media on Wednesday at his residence in Sukkur, he claimed that 11 seats of Muttahida Qaumi Movement-Pakistan, three seats of Pakistan Peoples Party from Karachi and 18 seats in Punjab were given to Imran Khan in the general election by the establishment. He said that Pakistan Tehreek-i-Insaf (PTI) could not have formed the government alone in the 2018 elections. “Imran Khan is currently a member of the international establishment, and every citizen of Pakistan knows that,” he added.

He said that the PPP always talked about the development and prosperity of Pakistan and reforms in the establishment.

He said that Zulfikar Ali Bhutto was hanged, Benazir Bhutto was martyred, and a prime minister was disqualified, but PPP never raised slogans against the Pakistani Army. Khurshid said that the manner of campaigning against the army by PTI was not acceptable in a democracy. He demanded action against anyone who broke the law. He said that if the chief minister of Punjab wants to build someone else’s house as a camp office, he will have to buy that house.

The federal minister said, “Our soldiers offer their lives, and we should pay homage to their sacrifices. We should salute the sacrifices of the martyred army men, but opponents were busy making the national heroes of the country controversial by posting messages through Twitter.”

He said that the money laundering case against Imran Khan has been proved by the Election Commission of Pakistan. “Imran Khan is a man of double standards. He has a government in two provinces of the country. He should first dissolve the assemblies of both provinces, then we will think about fresh elections,” he said. He claimed that Imran Khan always misled and misguided the people of the country for his vested interests.

“PTI leader Shahbaz Gill’s statements were a part of the campaign already launched by Imran Khan against the state institutions,” he said while addressing a press conference here.

The PTI workers even resorted to utter “hurtful and derogatory comments” against the army officials after the Lasbela helicopter crash, he added.

He reiterated that Gill was arrested “as per law” and the accused should be brought to justice. “Anyone who maligns the state institutions or used derogatory remarks should be held accountable and penalised as per law,” he remarked.

He said Imran Khan was pursuing the agenda of enemy countries as the verdict of the Election Commission of Pakistan on the foreign funding case had confirmed that his party had received donations/funds “from Israelis and Indians”.

Ghani said the PTI foreign funding case should be probed further in detail from 2013 to disclose the other sources from which the party continued to receive donations.

The minister said Imran Khan had violated the constitution and the Political Parties Order after taking funding from foreign-based companies.

He said Imran was still reluctant to accept the crimes of Farah Gogi (his wife Bushra Bibi’s friend), who had reportedly made “billions” during the PTI government’s tenure.

Ghani said Imran is a ‘certified liar’, adding that if he was an honest person he should bring his wife’s close aide back to the country.