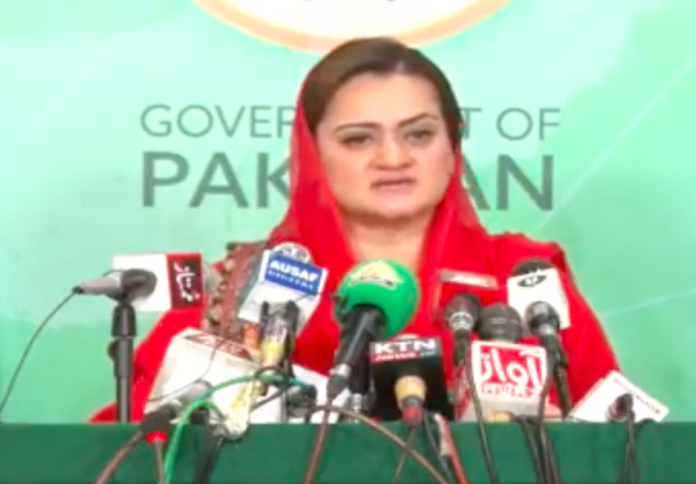 Federal Minister for Information Marriyum Aurangzeb has said that the Pakistan Tehreek-e-Insaf (PTI) Chairman’s address has confirmed that he did not get any bullet. She said that Imran Khan is not shot but he is sad.

He expressed these views while addressing a press conference in response to PTI chairman’s address.

Marriyum Aurangzeb calling on Imran Khan said that people were not crazy and stupid and his long march has been limited to work from home. She said that for the first time in the history of Pakistan the no-confidence motion was successful.

Regarding the Toshakhana watch the Federal Information Minister said that the watch has been evaluated cheaply. She asked that why was he going to the UK and UAE courts but he should give the receipts here.

She further said that Farah Khan and Shahzad Akbar became facilitators to sell the watch and the money of the watch was brought to the country by money laundering. She also asked that where did the watch in the hands of Umar Farooq come from.

Marriyum said that Imran kept calling everyone thieves and for four years PTI government had put all the opponents in jail. She alleged that Imran Khan had blackmailed the Chairman NAB through videos. She also added that the accountability commission has been closed for the last 10 years in Khyber Pakhtunkhwa province of the person who is talking about justice.