Imran Khan is suffering due to the neutrality of institutions: Khawaja Asif 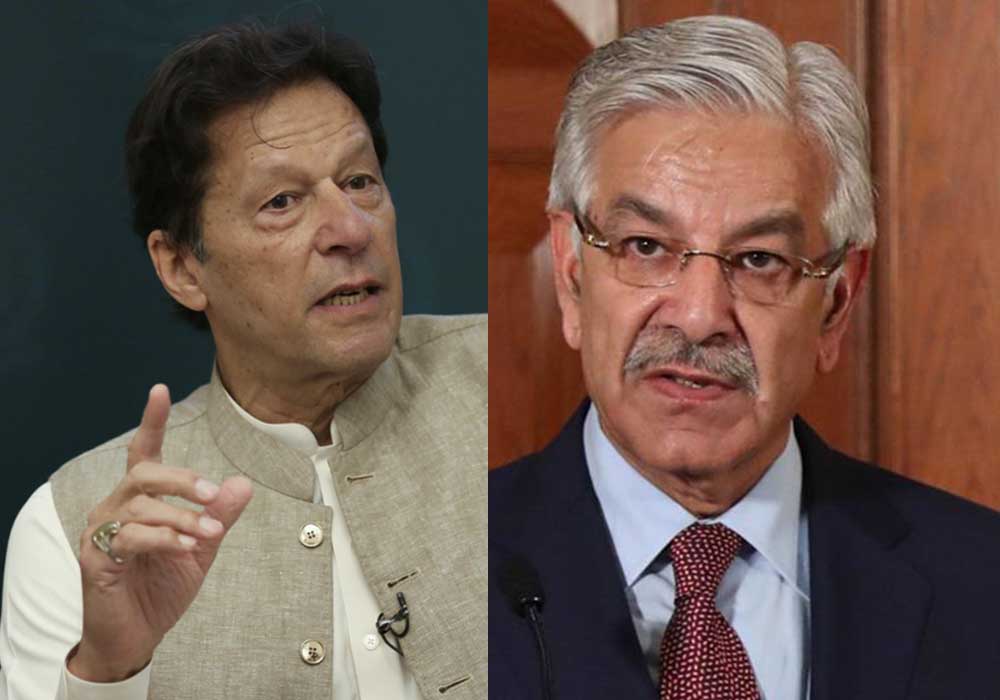 Defense Minister Khawaja Asif said that Imran Khan is suffering due to the neutrality of the institution while the PTI sent the president to the army chief after begging.

On Saturday, while talking to the media in Islamabad, Khawaja Asif said that Azam Khan mentioned that we will create a new cypher from the meeting minutes, Imran Khan now says that he does not know where the cypher went and now he is saying that do not mention the name of America.

He said that Rana Sanaullah faced oppression with courage and bravery, and we have no fear of getting arrested by the Punjab government.

The Defense Minister said that Imran Khan and his sisters sold properties, and made 80 trust deeds, all their theories have been destroyed.

Khawaja Asif further said that the forces have fought a war against terrorism, and the army is still fighting the battle of defence to protect Pakistan from the enemy.

He said that Nawaz Sharif came back knowing he will get arrested, but he still decided to come back to his homeland.