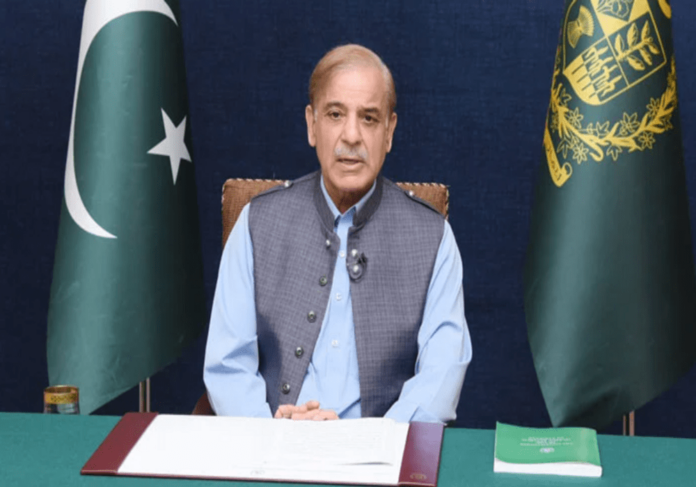 Prime Minister Shehbaz Sharif criticized Imran Khan’s campaign to construct the “State of Medina” in Pakistan and raised questions about his actions.

On Sunday, speaking at the Seeratun Nabi (PBUH) Conference in Islamabad, the prime minister criticized Imran Khan for using the ‘state of medina’ as a political slogan.

The conference was held in honor of Eid Miladun Nabi, which is being observed across the nation with enthusiasm and customary devotion.

The PM stated that forced conversions had no place in this country.

He further said that the former prime minister still uses the phrase “State of Medina” as a catchphrase for his political platform.

He asked, “Are the standards of justice now the same as they were in the State of Medina?”

Can someone who believes in the State of Medina take such steps by making baseless accusations against critics and then locking them up without charging them?

He questioned if these activities were of someone who supported the State of Medina by tearing the federation’s thread of unity?

He continued by saying that 33 million people are being affected by the country’s tragic floods, yet some individuals are more focused on their politics rather than extending their hearts and homes to these people.

He urged adopting the “Unity, Faith, and Discipline” motto of Pakistan, which he described as the country’s “golden path”, as well as creating a system that accurately resembles the State of Medina in terms of economic wealth redistribution and rule of law and sound governance.