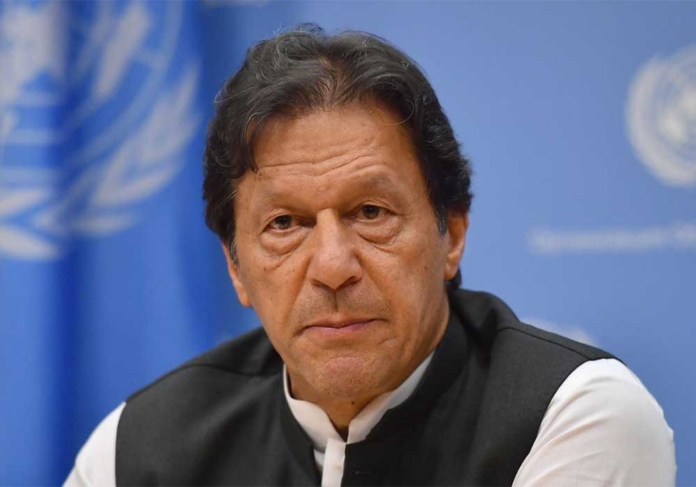 Is Imran Khan Pakistan’s savior or its destroyer? His legion of passionate supporters hopes his continuing confrontation with the country’s army will allow him to return to power – parliament ousted Imran in April – and cleanse Pakistan of corruption and misrule.

More likely, the 70-year-old former cricketer’s vainglory and taste for brinkmanship could tip an already turbulent nation into chaos. Either way, the US and its allies should brace for instability in the nuclear-armed Islamic Republic, says a write-up in US newspaper Wall Street Journal.

The latest flashpoint came last week after a failed assassination bid interrupted a protest march by Imran and his supporters to pressure the government to call early elections, which aren’t due for about a year. The shooting killed one person and wounded Imran in the leg. Authorities say they quickly arrested the would-be assassin, a religious zealot. In a confession video leaked on social media, he accused the PTI chief of seeking to rival Prophet Muhammad (PBUH).

Imran isn’t buying this explanation. He blames the attack on Prime Minister Shehbaz Sharif, Interior Minister Rana Sanaullah and Faisal Naseer, a major general in the army’s Inter-Services Intelligence. Shehbaz Sharif and Sanaullah have denied the charges, as has the army.

In a statement, the army called his accusation “baseless and irresponsible” and suggested Imran was threatening “the honour, safety and prestige of its rank and file.”

Imran’s public tirade against a senior officer “suggests a vendetta and signifies a major breach in civil-military relations,” says Aqil Shah, a Pakistan expert at the Carnegie Endowment for International Peace. This is all the more remarkable given both Imran Khan’s longstanding friendliness with Pakistan’s army and the central role it plays in the country’s government.

In the 75 years since independence, generals have directly ruled Pakistan for about 33 years. For much of the rest, the army chief has been the power behind the throne. As the old axiom goes, Pakistan isn’t a state with an army but an army with a state. Now that is threatened by a politician who used to be viewed as the army’s puppet.

Angered by the shooting, Imran Khan’s supporters have blocked traffic and clashed with police in Lahore and Rawalpindi. In Peshawar an angry mob gathered outside the fortified home of the general in charge of the region. On Thursday, the Pakistan Tehreek-e-Insaf (PTI) resumed its march to Islamabad, without the injured Imran Khan. Aqil Shah thinks that the PTI chief’s message to the army is clear: “If you don’t play ball with me, I will go all the way and discredit and shame you as an institution.” Since his ouster, Imran Khan has called on the army to pressure Shehbaz Sharif for early elections, accusing him of delaying so that his government can appoint an army chief after the current one retires later this month.

How the crisis unfolds matters beyond Pakistan’s borders. The military’s outsize role in Pakistan’s government has long presented a security problem for the US and India, among other nations.

The army has also earned a reputation as the most functional institution in a dysfunctional country. Its officer corps has largely resisted factionalism and remains bound to its chain of command by intense unity and discipline. Moreover, though the army controls vast business interests, it is generally regarded as immune to the kind of day-to-day bribery that marks the country’s civilian institutions. Some scholars regard the military as the glue that holds the country together. If the army collapses, Pakistan might collapse along with it.

Imran Khan’s public broadsides leave the generals with few good options. Firing or transferring Gen Naseer, the ISI official responsible for domestic politics, would signal weakness in the face of Imran Khan’s bullying. But not acting places them on a collision course with arguably Pakistan’s most popular politician. In either case, ordinary Pakistanis – already reeling this year from floods and a tanking economy-likely face even more instability.