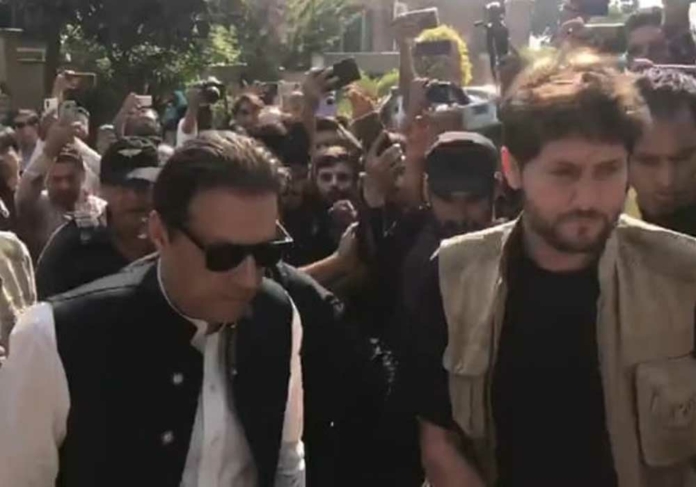 Imran Khan offered condolences on the death of Arshad Sharif. He met with Arshad’s grief-stricken family including his mother and wife.

Earlier, Imran offered condolences on the death in his message on Twitter. He stated that he was shocked at the brutal murder of Arshad Sharif who paid the ultimate price for speaking the truth – his life.

The PTI chairman stated in his tweet that Arshad had to leave the country and be in hiding abroad but he continued to speak the truth on social media to expose the powerful. He also stated that the entire nation was mourning his death.

Demanding a proper judicial investigation to examine his own statements plus evidence of other sources, the former prime minister said that Pakistan had descended into a state of brutality, unknown in civilized society.

Moreover, the acting foreign secretary also visited the family of Arshad Sharif to offer heartfelt condolences on behalf of the foreign minister and the minister of state for foreign affairs. Assurance of all possible assistance was made by the ministry.

The statement of the Ministry of Foreign Affairs has also said that the High Commission will facilitate expeditious repatriation of the mortal remains of Arshad Sharif in accordance with the host authorities.