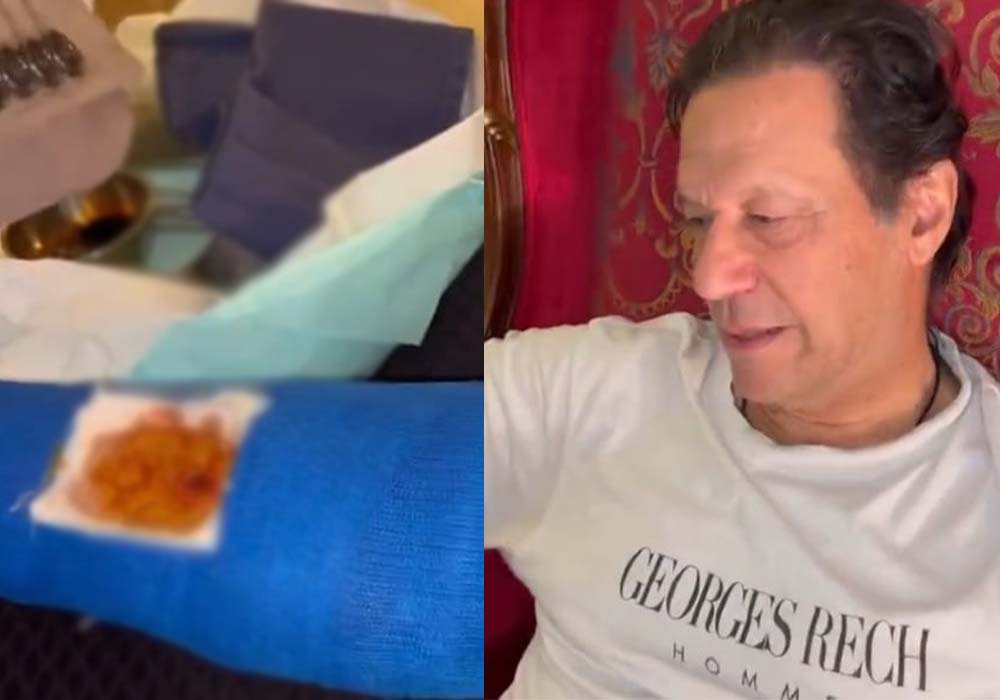 Imran who was injured in the attack has not yet recovered. Doctors at Shaukat Khanum Hospital conducted a medical examination of Imran Khan and footage of bullet injuries came to light for the first time.

It can be seen in the footage that Imran received three bullet wounds on the right leg, two injuries on the thigh of the right leg and one injury near the knee. Doctors examined the wounds and made a new bandage. Doctors will continue the medical examination in the coming days.

Imran Khan’s wounds were still looking deep and had not yet healed. It will take some more time for him to recover. He was injured in a murderous attack in Wazirabad on November 3 during a long march.

On the other side, PTI supporters have also started commenting and criticizing the ones who were calling the injuries fake.

Journalist Shiffa Yousafzai’s official Twitter handle revealed the video of bullet injuries on the former premier’s legs. She wrote, “For all those who were asking if Imran Khan’s wounds are real or fake.”

Journalist Asad Kharal also posted pictures of the wounds in his tweet asking “those who do not believe to carefully look at the wounds.”

It is also pertinent to note that Pakistan Democratic Movement’s (PDM) Chief Maulana Fazlur Rehman had accused Imran of staging a drama over the gun attack. He also named two Bollywood actors in terms of acting. He had said that he didn’t understand the drama and demanded a JIT on Imran’s lies.