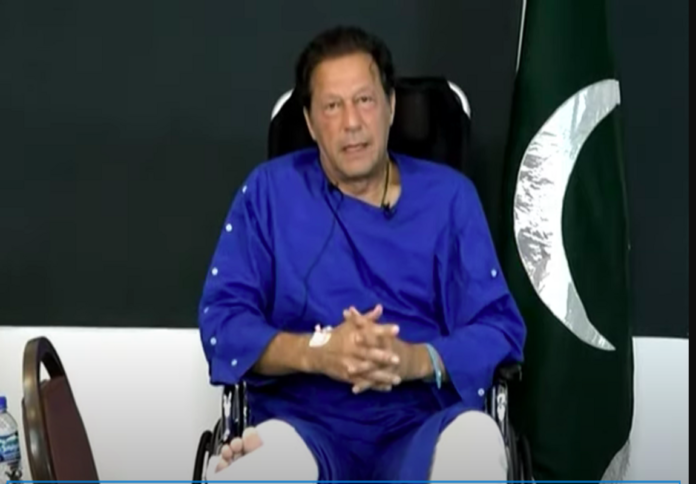 Pakistan Tehreek-e-Insaf (PTI) Chairman Imran Khan has said that four persons decided to get him killed behind closed doors and he has named them in a video that he already recorded.

He told that attempts were being made to create a negative image of him amongst people. He said that he has relationships in institutions that were telling him of the things which were supposed to come in the days.

Imran said that a handler [Major General Faisal] was posted in Islamabad who went hard on every journalist speaking in favour of PTI. Party members were threatened and instead of realizing mistakes, they were using force to further suppress PTI.

He said that the Election Commission of Pakistan (ECP) was used as a political tool against PTI because Nawaz Sharif had ordered to provide him with a level playing field. He also criticized Finance Minister Ishaq Dar.

PTI Chairman said that ECP is biased as it has eight times announced decisions against PTI and is always proven wrong in courts. He said that CEC is like the servant of the Sharif family and he’ll file a case against him.

He also said that FIA was used to stop PTI’s funding. He further added that Major General Faisal has done everything to manipulate things against PTI; journalists have been under great pressure since his appointment.