Imran Khan to be indicted in contempt case 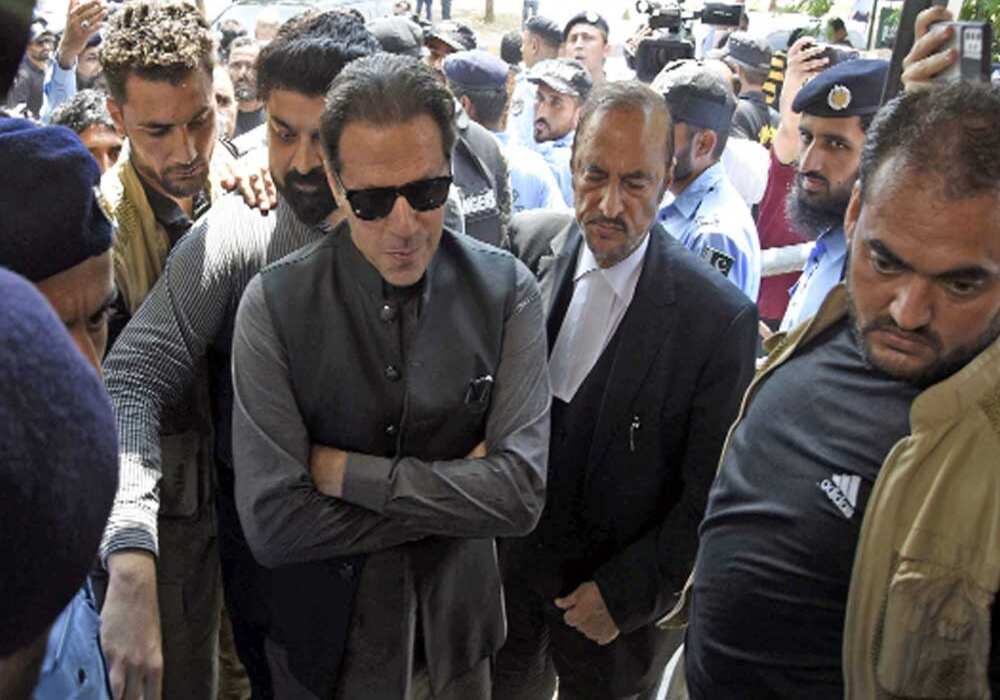 The Islamabad High Court (IHC) has decided to indict Pakistan Tehreek-e-Insaf Chairman Imran Khan on September 22 in contempt of court proceedings for passing controversial remarks against Additional District and Sessions Judge Zeba Chaudhry, because of his response being “unsatisfactory”.

The contempt of court hearing against Pakistan Tehreek-e-Insaf Chairman Imran Khan for threatening a woman judge was conducted at the Islamabad High Court (IHC) on Thursday, with IHC Chief Justice Athar Minallah observing that Khan’s offence was of a serious nature but politicians were not understanding gravity of situation.

During the hearing, CJ Minallah said that a very big crime was committed without regret. He asked Imran Khan’s counsel, Hamid Khan, if the submitted reply was in accordance with the court decisions.

Addressing Imran’s counsel, he said that if this was being justified, then there was no regret. The chief justice said that freedom of judiciary and district judiciary was the red-line.

Justice Babar Sattar also noted that Imran Khan has not showed through his behavior that he has regret over the matter.

Islamabad High Court (IHC) Chief Justice Athar Minallah, while giving remarks about Hamid Khan’s referral to 2014 contempt of court case verdict against Imran Khan, said that he was going in a dangerous direction by referring to that decision as the Supreme Court had warned Imran Khan to be careful.

Chief Justice Athar Minallah said that no explanation could be provided on criminal contempt.

He asked that if something would have happened to the judge, what would be done. Hamid Khan said that there was no purpose of any harm to the woman judge.

CJ Minallah also said that if the same tone would have been used against a judge of Supreme Court, would the answer have been same? He asked if a political leader could threat any judge over the decision in a public gathering.

During the hearing, IHC Chief Justice Athar Minallah also referred to sloganeering against government members in Masjid-e-Nabvi. He said that what happened in Madina was also the result of provocation, and that political leaders had a heavy responsibility.

PTI Chairman’s counsel at the end of his arguments said that Imran Khan will be careful in the future. Imran’s counsel Hamid Khan also referred to Talal Chaudhry and Danial Aziz cases.

He also said in his concluding arguments that they had repeatedly expressed regret in the supplementary reply, adding that comments were unintentional with no intention of contempt of court.

Upon completion of Hamid Khan’s arguments, Attorney General of Pakistan Ashtar Ausaf gave his arguments, who argued that Imran Khan should not be pardoned.

After that amicus curiae’s arguments, Muneer A Malik came to the rostrum. He said that judicial and criminal contempt of court allegations were on Imran Khan and the courts showed restraint in contempt cases. Opposing contempt of court proceedings against PTI chairman, Malik said that no speech could affect Islamabad High Court Judges.

Both amicus curiae, in their arguments, opposed the contempt of court proceedings against Imran Khan.

Muneer A Malik said that the words were sad but there was no obstruction in the delivery of justice. He also said that the message that should have reached the people through the contempt of court proceedings had reached them.

After that amicus curiae Makhdoom Ali Khan came to the rostrum. He also opposed the contempt of court proceedings against Imran Khan. During the proceedings, there were also remarks about former US president Trump whose Twitter account was suspended for inciting violence. Makhdoom Ali Khan said that Trump had called the court system the worst but the courts showed restraint.

IHC chief justice said that Imran Khan’s conduct, which should have come out during this case, had not been shown, adding that PTI leaders made threatening statements about judiciary after the notice was taken.

Earlier, Imran Khan said before the hearing that he would become more dangerous after going to jail. Talking to media persons before the start of hearing, he said that it seemed that Kulbhushan Jadhav was coming to the court, adding that he could not understand what the fear was.

Earlier on the previous day, the former prime minister had submitted a second reply to the court after the first was termed unsatisfactory. At the previous hearing, the IHC had asked the PTI chief to submit a well-considered response.

Islamabad High Court had last week given PTI chairman another chance to submit his written reply in the contempt of court case within seven days.

Previously on August 23, a bench of IHC comprising of Justice Mohsin Akhtar Kayani, Justice Babar Sattar and Justice Miangul Hassan Aurangzeb had summoned PTI chairman in person on August 31 and the case was forwarded to Chief Justice of Pakistan (CJP) Umar Ata Bandial for inclusion of more judges in the bench.

PTI had staged a rally in the federal capital on August 20 to express solidarity with Shahbaz Gill after claims of torture inflicted on him in custody. Imran Khan had criticized senior police officers and a woman judge for being responsible for Gill’s situation.