IHC issues circular for tomorrow’s hearing at 2:30pm in Courtroom No.1, entry subjected to pass 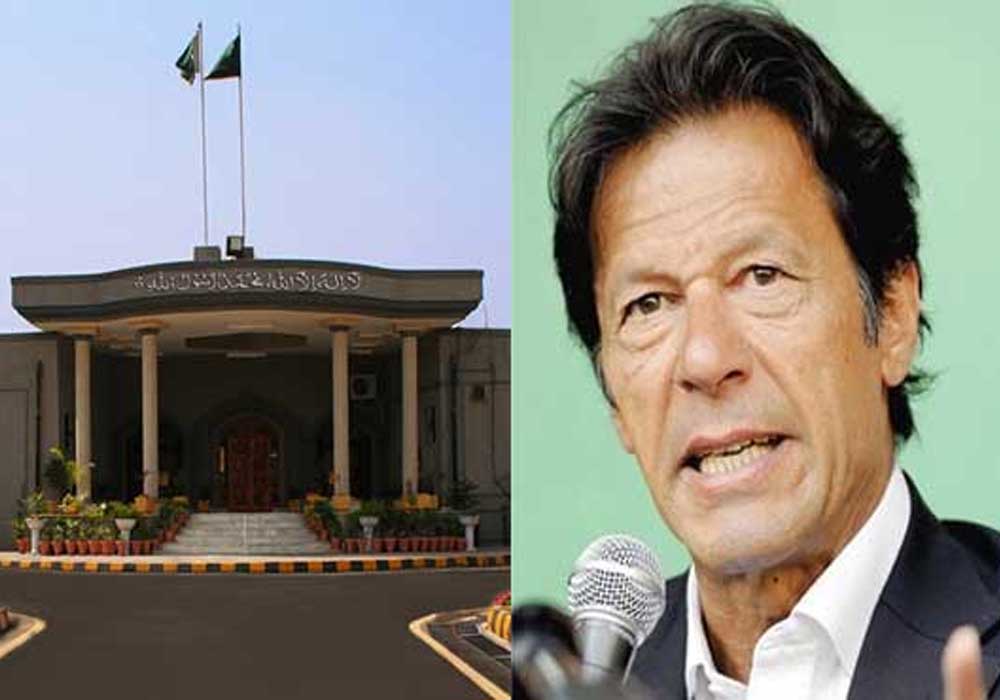 Pakistan Tehreek-e-Insaf (PTI) Chairman and former prime minister Imran Khan will appear before the Islamabad High Court (IHC) tomorrow for indictment in the contempt of court case against him.

The court has issued the circular maintaining the code of conduct during the hearing. It holds that the larger bench will conduct the hearing on September 22 at 2:30 pm and the entry into Courtroom No.1 will be subject to a pass issued by the Registrar’s Office.

The IHC, in its previous proceedings of the contempt case against Imran Khan, had termed the PTI chairman’s reply unsatisfactory, deciding to indict him after he had failed to submit an unconditional apology.

Imran Khan was given a second chance to submit his reply again as in his first reply to IHC’s show cause notice, he had not apologized. However, he had offered to withdraw his remarks if they were inappropriate.

In his second reply, he had opted to tell the court that the case against him should be discharged, but did not offer an apology.

It was further stated that five lawyers from the High Court and District Bar will be allowed. The Registrar of Islamabad High Court will issue an office pass to those coming to the courtroom.

Instructions were also given to the capital administration and the police to make strict security arrangements for the hearing.

A contempt of court case was filed against Imran Khan for threatening Additional Judge Zeba Chaudhry in his speech during a public rally at F-9 Park Islamabad.