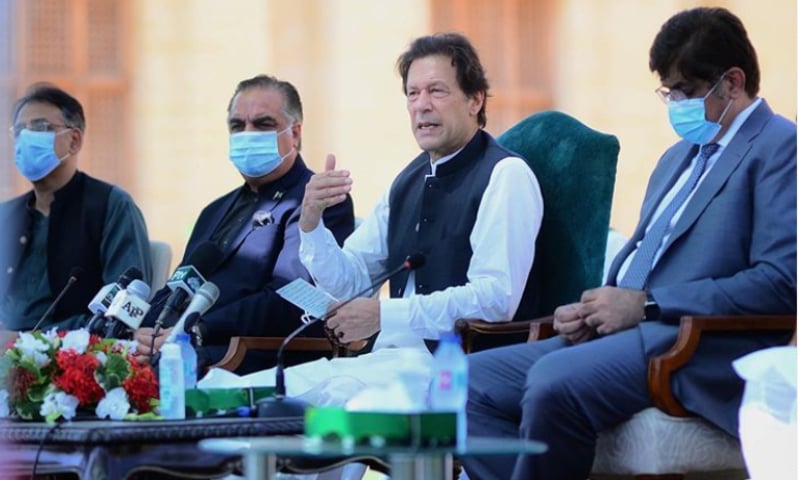 Prime Minister Imran Khan’s unmasked disdain for the Sindh-leading Pakistan Peoples Party (PPP) is a tale as old as time that surfaces frequently to the detriment of the common folk of Pakistan. This time around it will hit dwellers in Karachi as development projects become the subject of political riff raff between the ruling Pakistan Tehreek-i-Insaf (PTI) and the PPP. Two days ago, the PM visited Karachi for a few hours and in a meeting with other high officials, addressed the progress of developmental projects planned under the Karachi Transformation Plan (KTP). Several transportation and infrastructural projects were discussed at the meeting, which resulted in the premier expressing disapproval over the delayed deliverance of respite that the projects aim to give the port city. The crucial gathering escaped the purview of PPP member and Chief Minister (CM) Sindh Murad Ali Shah, who claimed he wasn’t even informed of the state leader’s visit.

The PM’s visit to the city follows an opportune seven weeks after the PPP led Sindh government announced an increase of Rs6 Bn for infrastructural development schemes in Karachi, bringing the total allocation to Rs8 Bn for this fiscal year. Although this increase is perhaps rightfully being critiqued as insufficient and unreflective of the needs of Karachi’s burgeoning population, Khan’s visit this week comes across as a simultaneous schooling of the provincial government and a reinforcement of federal commitment to Karachi. It is possible that Khan’s exclusion of Shah is reactionary in the wake of the PPP officials claiming that the federal government ignores Karachi. Last month, CM Sindh’s Adviser on Law and Environment Barrister Murtaza Wahab said that the provincial government doesn’t believe in making mere statements like the centre but instead puts in practical work to complete projects. He opined that the PTI government has done nothing but make hollow promises for the metropolis. The same day Khan was in Karachi, PPP Chairman Bilawal Bhutto Zardari also remarked that Khan is “not ready” to do anything for the city, but PPP is working tirelessly to finish projects with limited resources. With Khan’s opposition retorting this way without meaningful dialogue, it is no surprise that Khan would make a ‘statement’ like excluding Shah from the meeting.

Khan’s actions affirm a rocky relationship, but the cost of this two-way toxicity is bore by the people of Karachi, who are dismayed by their once glorious city in shambles. The infrastructure is deteriorating, and the absence of an effective waste disposal mechanism is forcing the metropolis to inhale garbage and exhale pollution indiscriminately. Moreover, while the PM continues with his tree plantation drive countrywide, the Mangroves along Sindh’s coastline have been suffering from deforestation. When such economic and environmental issues fall prey to political discourse, there is a risk of tensions reigning supreme over opposing parties collaborating to solve problems collectively as in Karachi’s case. If the federal and provincial governments don’t put their heads together in the game, a great unfairness will befall the highest taxpaying city of Pakistan. An unfairness that will ripple through the rest of Pakistan as the national economy spurring city descends into ruins.