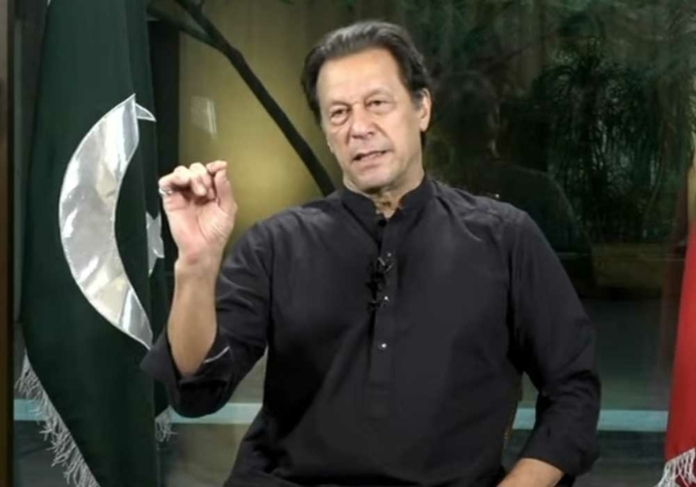 Pakistan Tehreek-e-Insaf (PTI) Chairman Imran Khan has castigated the government for the current economic crisis and has lambasted it for ignoring the gravity of the situation.

He said that he had warned that they will not be able to control the economy and if this government would stay then they will bring the country into a grave situation.

Addressing the participants of the PTI’s long march he said that he was afraid that these corrupt will run abroad again after getting acquittal from their cases. He said that they will run by leaving the country in turmoil because they have been taking Pakistan towards that direction.

Imran Khan also said that if these corrupt rulers will survive then they will push the country towards more difficulties. Criticizing further he said that there should be an investigation of four FIA witnesses who have died and the nation had given the message that they will not accept this imposed government.

PTI Chairman further said that he was tried to be assassinated and there could be any other attempt again. He said that there was no future for the nation that was living under corruption. He said that Pakistan’s security will be at stake due to increased debts.

The former prime minister said that the government was only focused on getting evicted from their cases and they have got away from cases worth 1100 billion in corruption.

He said that government should focus on reducing inflation instead of hiding its corruption.
Pakistan was facing the highest inflation in 50 years but the ruling elite has no worries for the people. He said that they care only for themselves.